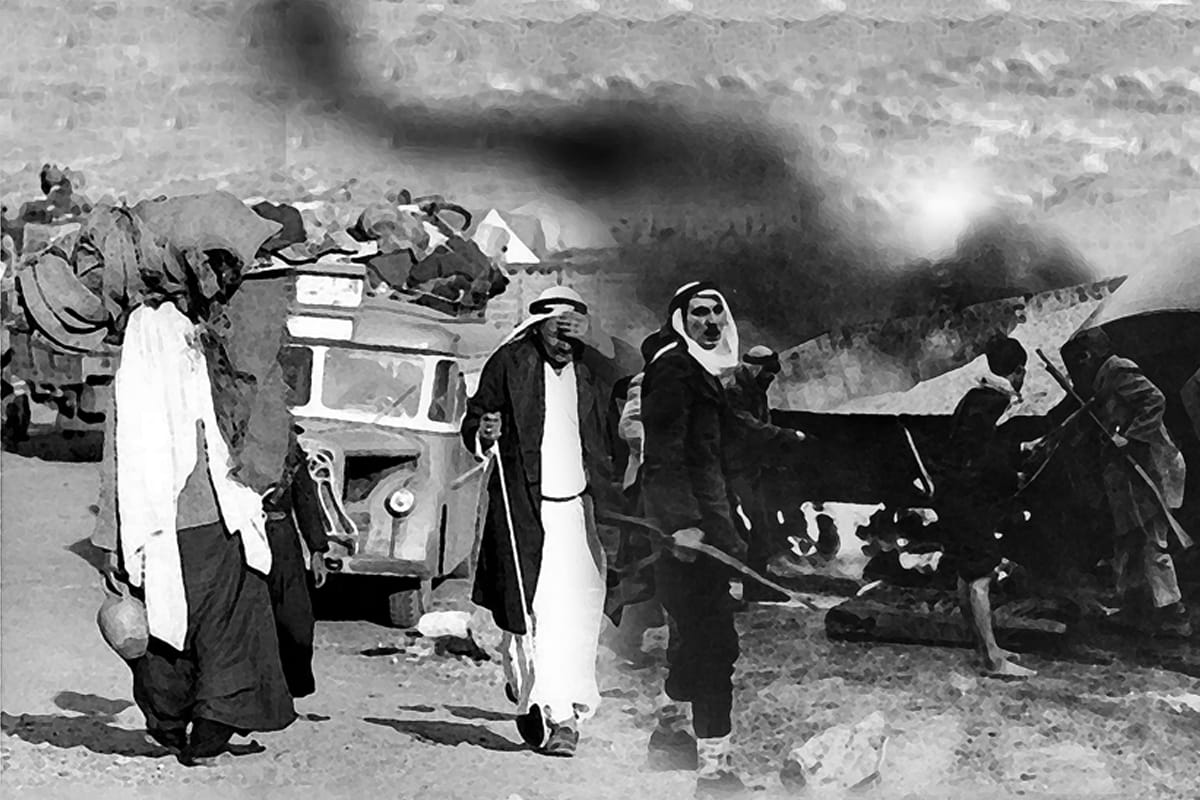 2020 marks the 72nd anniversary of the Palestinian Nakba, literally meaning “catastrophe”. It refers to the mass expulsion of hundreds of thousands of Palestinians from their homes and land following the establishment of present-day Israel in 1948.

The tragic traces of the Nakba have weighed so heavily on the Palestinians. Today, they still figure in the ongoing attempts to delegitimize the mission of the United Nations Relief and Works Agency for Palestine Refugees (UNRWA) as a means to negate Palestinians’ refugee status.

Displacement camps set up for Palestinians across a number of countries are a living witness to the state of displacement and dislocation that millions of Palestinian refugees and their descendents have been enduring as a direct consequence of the Nakba.

The United Nations has not ceased to sound the alarm over the calamitous situation faced by Palestinians in overcrowded refugee camps. Today, the spread of the coronavirus pandemic means that thousands are at risk of losing their lives due to poor hygiene and the impossibility of social distancing in such poorly-equipped and over-populated facilities.

The ad hominem campaigns waged against UNRWA and the subsequent funding cut, including by the Agency’s largest donor—the US, have brought about catastrophic results on the Palestinian refugee community, with millions now living below the poverty line.

This year, the threat of mass displacement is again awaiting thousands of Palestinians in the corner. Israel has frequently threatened to annex large part of occupied Palestinian land in the West Bank and Jerusalem in the near, very near, future, in line with the US President Donald Trump’s notorious “deal of the century” which aspires to end the refugee cause and invalidate Palestinians’ legitimate struggle to retrieve their inalienable rights, particularly their right to return to their motherland—Palestine.

On this unforgettable occasion, PRC reiterates its firm rejection of all attempts to negate Palestinians’ internationally-recognized rights. The United Nations General Assembly Resolution 194 (III), adopted on 11 December 1948, following the Palestinian Nakba and mass displacement of over 750,000 indigenous Palestinians, resolves that “refugees wishing to return to their homes and live at peace with their neighbors should be permitted to do so at the earliest practicable date, and that compensation should be paid for the property of those choosing not to return and for loss of or damage to property”.

PRC calls on the United Nations and UNRWA to take up their humanitarian and moral duties regarding millions of Palestinian refugees scattered across the globe and to assist them on financial and moral grounds pending a final and lasting solution to their plight.

Host countries should also live up to their obligations, provide the refugees with the physical, moral, and legal protection they quite urgently need at such a coronavirus-stricken stage, and to smooth their access to the local labor market and vital facilities, pending their return to their homeland.