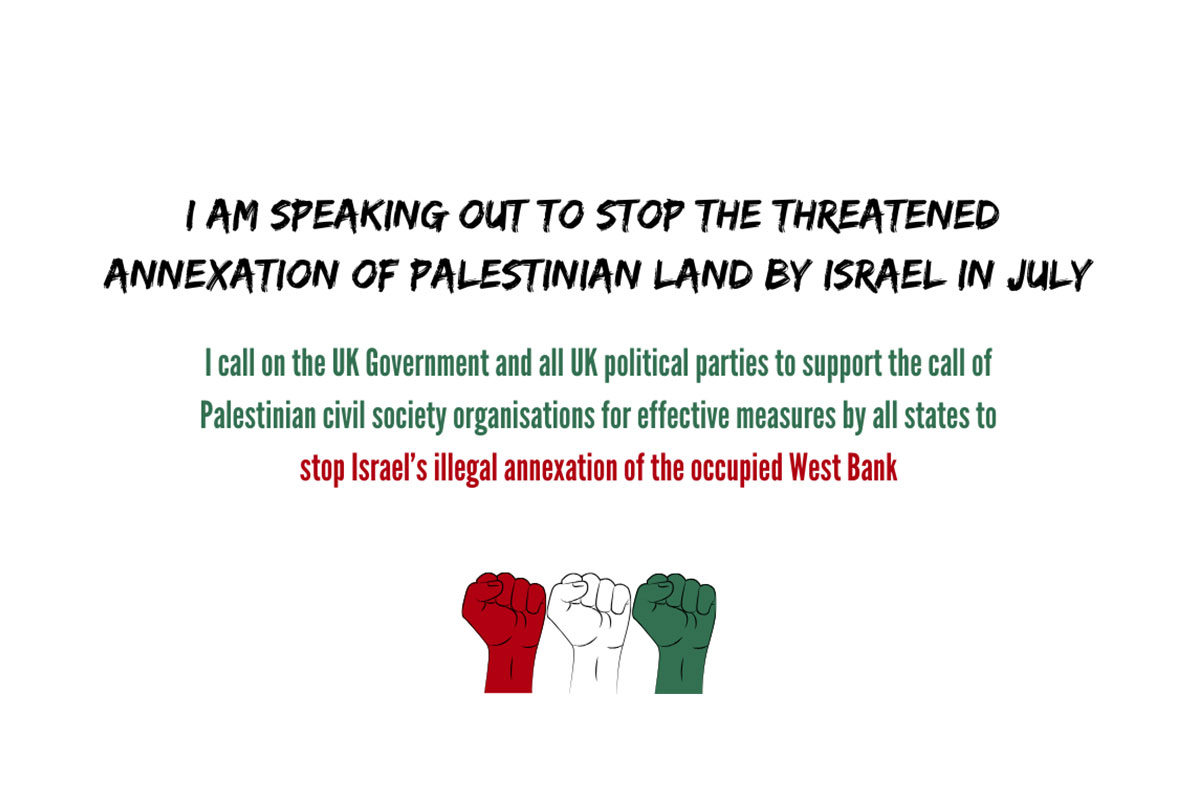 The new Israeli Government has said that it intends to annex large swathes of Palestinian land in the West Bank, starting in July, land which was militarily occupied in 1967. This would be the culmination of years of appropriation of land – through the forced displacement of Palestinians, settlement and the annexation of East Jerusalem. Annexation, illegal under international law, is the forcible and unilateral acquisition of territory over which it has no recognised sovereignty and to make it an integral part of the state – in this case, Israel.

Palestinian civil society has made a global call for ‘effective measures’ to be taken to stop this annexation happening. If the measures are to be effective, this means the UK should now, at the very least, be adhering to an ethical policy on all the UK’s trade with Israel , in particular by applying international law on settlements in the occupied Palestinian territories and stopping any arms trade with Israel that is used in violation of the human rights of Palestinians.

In the midst of the Covid pandemic a number of organisations and individuals are cooperating to try to respond to the call from Palestine by making Annexation a live issue on the current political agenda. Israel’s timetable is to annex land quickly with Trump’s support – this means we cannot wait.

If you agree with this and want to support the Palestinian call for action, please indicate your agreement with the following statement in one or more of the ways listed below:

I am speaking out now in order to stop the threatened annexation of Palestinian land by Israel in July, and I call on the UK Government and all UK political parties to support the call of Palestinian civil society organisations for Effective Measures by all States to Stop Israel’s Illegal Annexation of the Occupied West Bank.

Jews for Justice for Palestinians