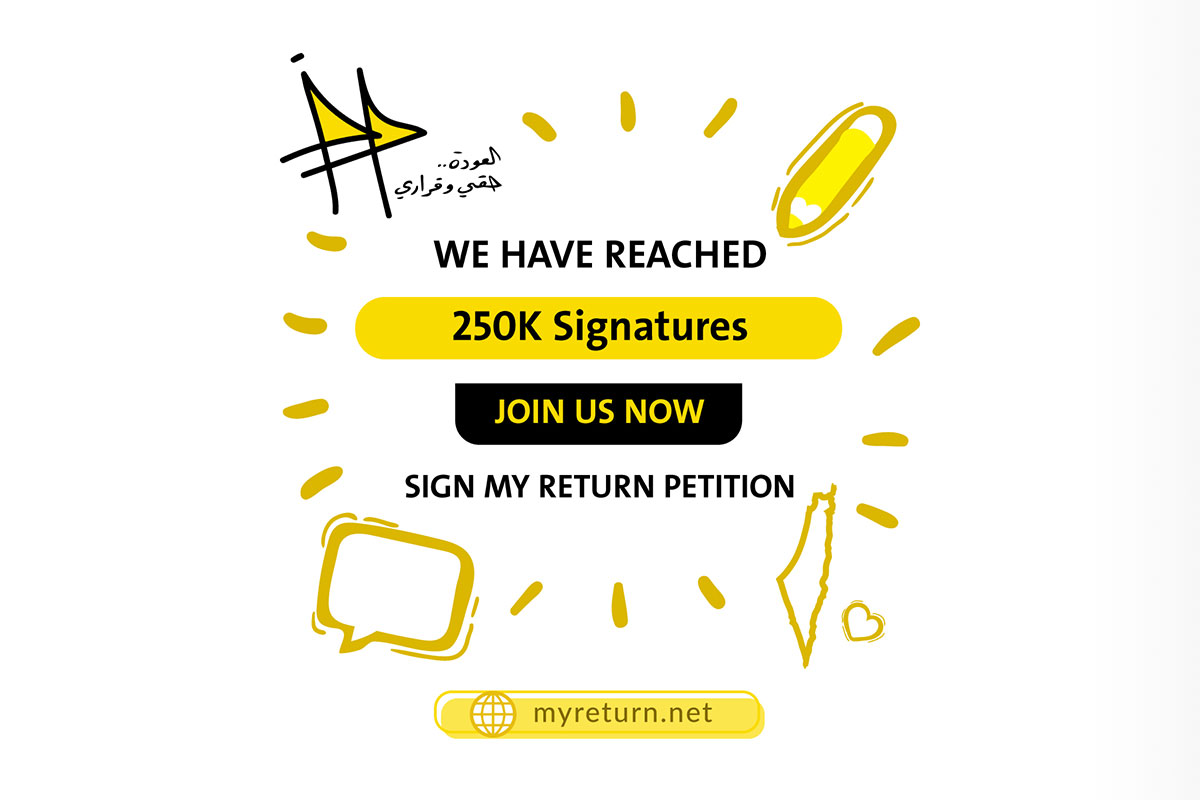 “My Return” international campaign continues to garner widespread support across several world countries, with signatures on the petition demanding Palestinians’ right of return to their homeland reaching up to 250,000.

Despite the lockdown measures implemented nationally and internationally as part of the anti-coronavirus fight, the campaign continues to exert a pull on human rights advocates and online platforms. The petition has been signed by Palestinian refugees from 181 countries.

The initiative has also received letters of encouragement and appreciation by over 90 renowned diplomats, journalists, and academics from the Middle East, Africa, Europe, and the Americas.