PRC's My Return Campaign Sees The Day in Jordan 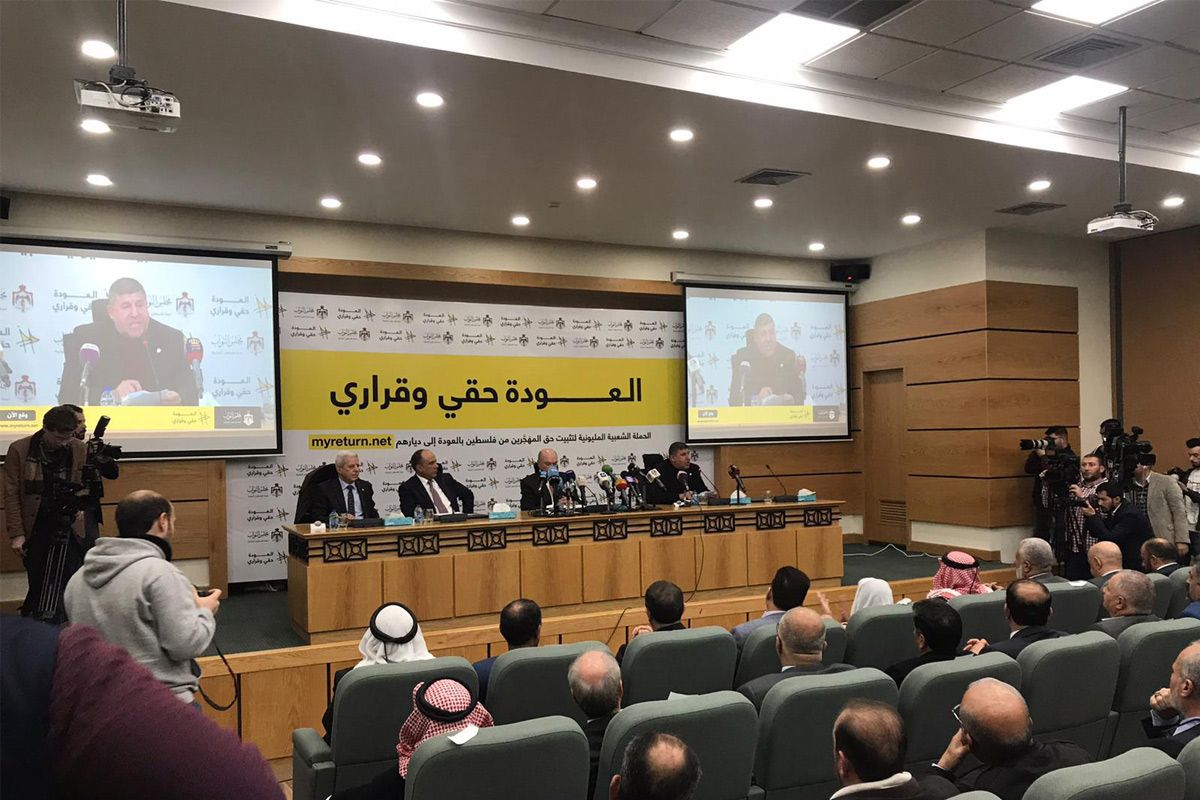 “My Return” campaign was launched in a press conference held on February, 20, 2020, in the Jordanian capital Amman, in the presence of senior Jordanian officials.

“The US ‘deal of the century’ represents a serious threat to Jordan and the Palestinian cause”, said AlSaoud. “My Return Campaign sends a message to the world that return is both a right and a decision.”

President of the Jordanian Senate Faisal Al Fayez said the ‘deal of the century’ presents serious infringements to Palestinians’ legitimate and historical rights.

“The campaign is a confirmation that the Palestinian cause will remain a priority on our political agenda and that the right of return is an inalienable right that can never be forfeited”, he said.