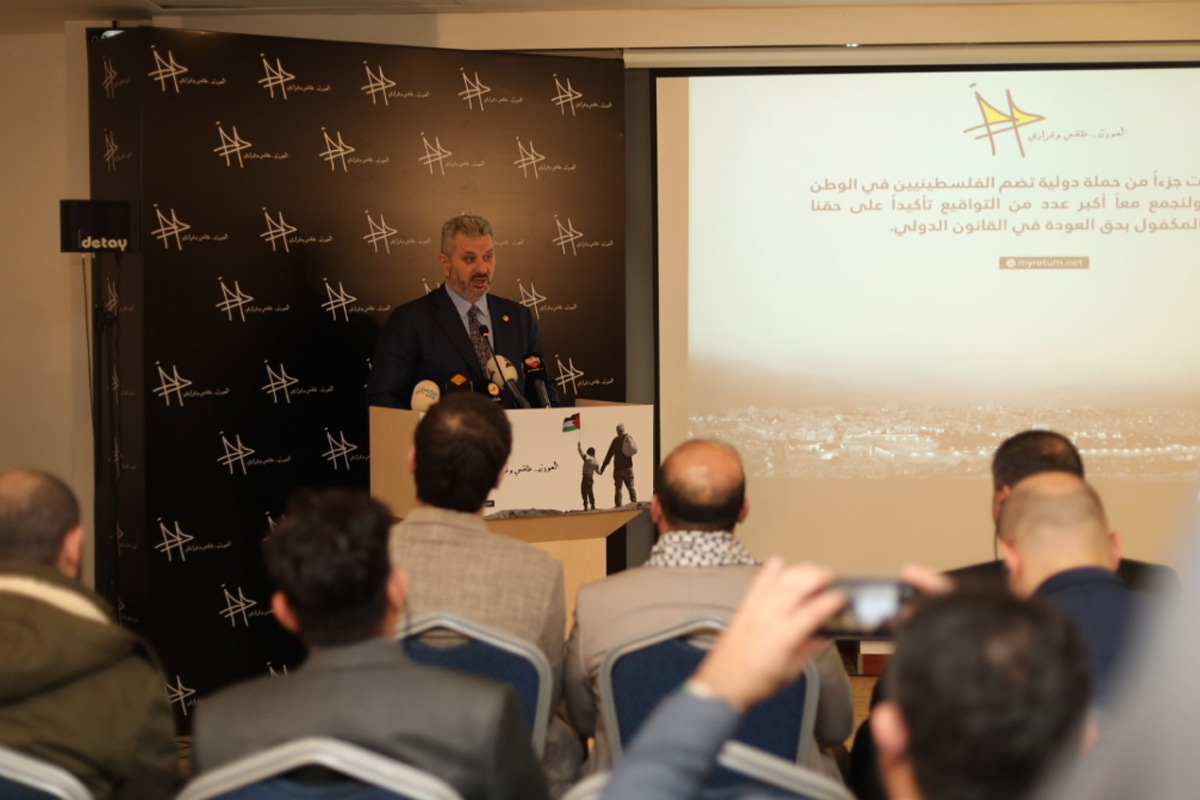 A press conference held on Friday in Istanbul city announced the official launch of “My Return” campaign, in the third such move, after the campaign saw its official birth in Jordan and Lebanon.

In a keynote address delivered at the opening of the press conference, Hammoud said the event is both a product and indication of the longstanding Turkish-Palestinian bonds and of Turkey’s pro-Palestine stance.

Hammoud said joint efforts have been ongoing for over nine months by several pro-Palestine parties to introduce the campaign in several countries in an attempt to bring back the Palestine refugee issue to the forefront of the international human rights agenda.

He added that the campaign seeks to collect the largest possible number of signatures on a petition confirming Palestinians’ non-negotiable commitment to their right of return to their motherland. The final list will be forwarded to the United Nations in New York.

Palestine’s Envoy to Ankara, Ambassador Fayed Mustafa, lauded the efforts made by PRC in favor of “My Return” Campaign, which he said is a key step to face up to all attempts to undermine Palestinians’ right of return.

According to Mustafa, the US Middle East peace plan, dubbed “the deal of the century”, includes over 300 violations of international law and resolutions relevant to the Palestinian cause, particularly the right of Palestinian refugees to return to their homeland and receive compensation for the damage wrought upon them by years of dislocation.

Head of the Turkish-Palestinian Parliamentary Friendship Group, Hasan Turan, expressed Turkey’s solidarity with the Palestinian people and support of the refugees’ right of return to their motherland at the soonest possible time.

Head of the Palestinians in Europe Conference, Mohamed Msheinesh, pointed out the importance of the international campaign as a form of authentic response to “the deal of the century”, urging Palestinian refugees to sign the petition.

Chairman of the Palestine Committee of the Jordanian Parliament, Yehya AlSaoud, renewed his “unconditional support” for the campaign, saying efforts have been in progress in Jordan to amass thousands of signatures.

He urged the international community to back up the initiative through its official website: https://myreturn.net/

The conference culminated in a series of individual signatures on “My Return” petition.