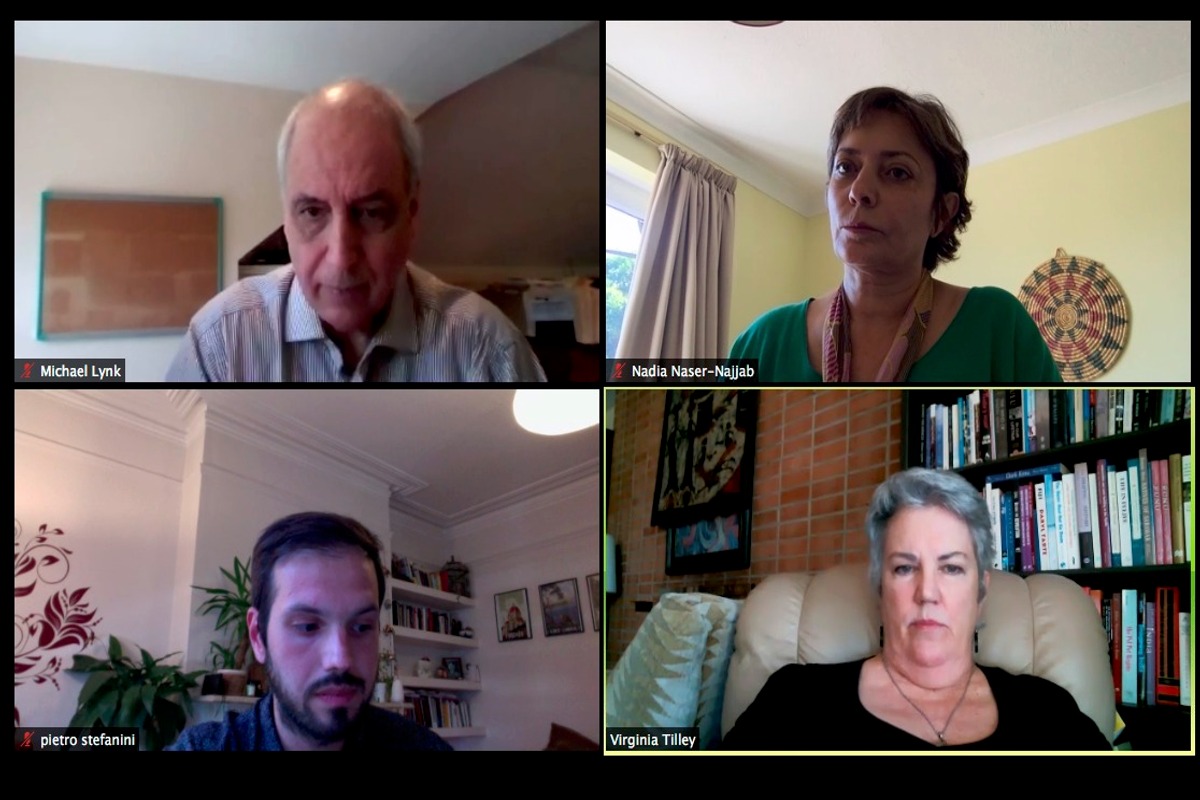 London - On June 24th 2020, the Palestinian Return Centre organised a webinar to discuss Israel’s latest plan to formally annex parts of the West Bank. The event was chaired by Pietro Stefanini, Researcher at the PRC.

First speaker, Virginia Tilley, a Professor of Political Science at Southern Illinois University, said that the annexation of the West Bank hasn't started today. She added that Israel has been annexing the West Bank for decades and the international community has done nothing about this.

She pointed out that "the annexation of the West Bank violates the international law. It is also an explicit violation of human rights. It eliminates the principle of a two-state solution".

Nadia Naser-Najjab, a Research Fellow in Palestine Studies at the University of Exeter, focused on the historical context of the annexation and how it's like any settler colonial project that focuses on the land. She emphasised that the coming annexation does not take into account any of the Palestinian rights. She added that the Israeli Prime Minister said it clearly that "the annexation will happen by force", ignoring totally Palestinian rights.

Michael Lynk, who is UN Special Rapporteur on the situation of human rights in the Palestinian Territory occupied since 1967, noted that any resolution from the Security Council must be obayed by all its members and Israel is one of these members. He added that "Israel's annexation now contravenes the International law in addition to the Security Council resolutions''.

He concluded that the political purpose of the Israeli annexation has always been to establish facts on the ground and to obstruct Palestinian self determination.