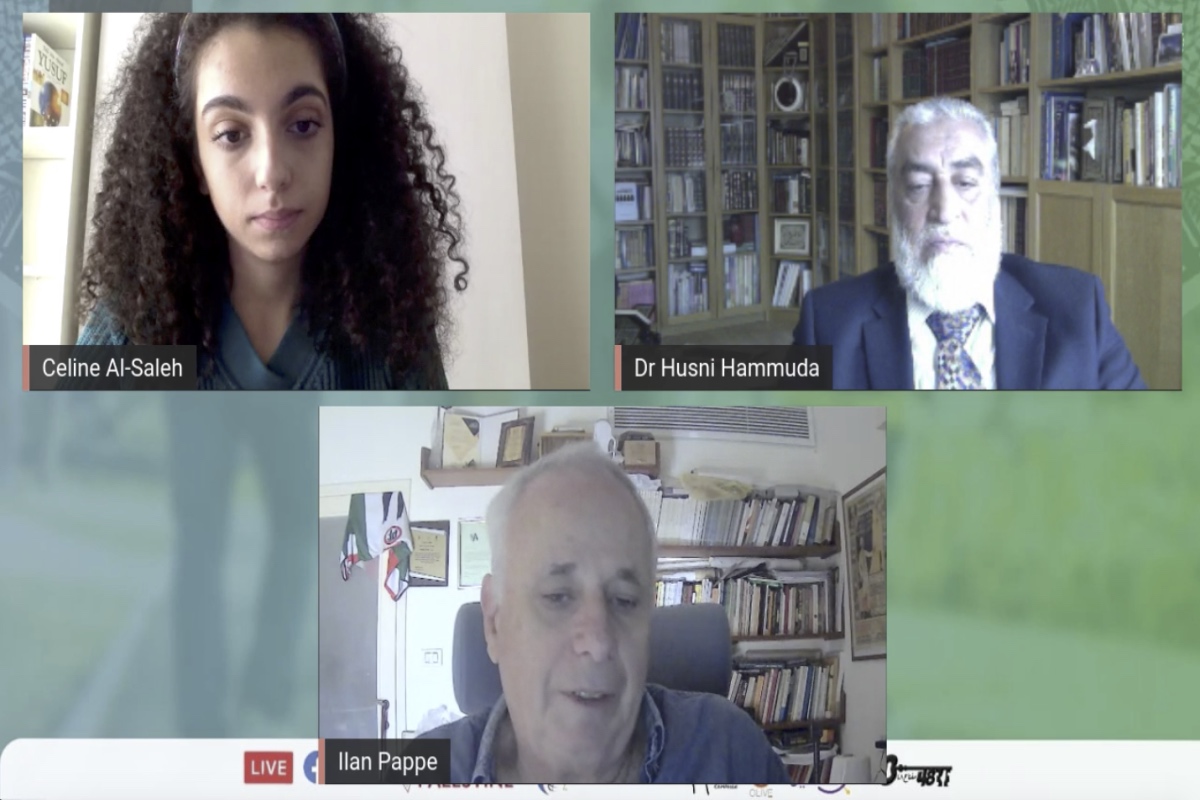 A digital seminar has been staged by “My Return Campaign” under the title “The History of Palestine and the Right of Return” as part of a virtual student conference held in London.

The event provided historical facts about the Palestinian people and the Nakba (catastrophe) that befell them along with the refugees’ inalienable right of return to their homeland.

Director of the European Centre for Palestine Studies at the University of Exeter in the United Kingdom and co-director of the Exeter Centre for Ethno-Political Studies, Professor Ilan Pappé, underscored the ethnic cleansing policy perpetrated by the Israeli occupation against the Palestinians in an attempt to grab their land and displace them from their homes.

Pape described the Nakba of 1948 and its aftermaths as “a crime against humanity” and called on the world’s human rights parties to uncover the counterfeit Israeli narrative and self-victimization discourse.

“All these imperialistic powers want to have a land without its native people”, said Pape at the seminar.

Lecturer at the British University of Surrey, Dr. Husni Hammouda, harked back to his childhood memories and his family’s testimonies about Palestine during the day of the 1948 Nakba.

With tears in his eyes, Dr. Husni recited a poem written by his father and which echoes Palestinians’ dream to return to their native motherland.
“I dream of living freely; I dream of living in dignity like everybody else in the world; I dream of returning to my homeland; I dream of a warm small house”, the poem read.

Dr. Husni stressed the importance of including Palestine’s history in university curricula to preserve the Palestinian narrative for future generations.
Activist 'Farah Koutteineh, director of Miftah 48 (Key 48) project, also underscored Palestinians’ commitment to their right of return, saying: “Palestinian refugees have suffered more than anyone else in the world”.

A video screened by “My Return” Campaign during the seminar covered the repercussions of the Israeli occupation and the mass displacement waves that occurred in 1948 and which have brought about endless violations of Palestinian human rights and resulted in decades of dislocation and displacement from the homeland.

“My Return” international campaign continues to garner widespread support across several world countries, with signatures on the petition demanding Palestinians’ right of return to their homeland reaching up to 500,000.

Despite the lockdown measures implemented nationally and internationally as part of the anti-coronavirus fight, the campaign continues to exert a pull on human rights advocates and online platforms. The petition has been signed by Palestinian refugees from over 180 countries.

“My Return” initiative is an international campaign launched by the Palestinian Return Centre (PRC) in partnership with Palestinian and international human rights partners and NGOs in order to amass the largest possible number of signatures showing Palestinians’ unyielding commitment to their right of return to their homeland—a right guaranteed by International Law and relevant UN resolutions.
The endeavor officially saw the day in Jordan, before it was launched in Lebanon and Turkey.