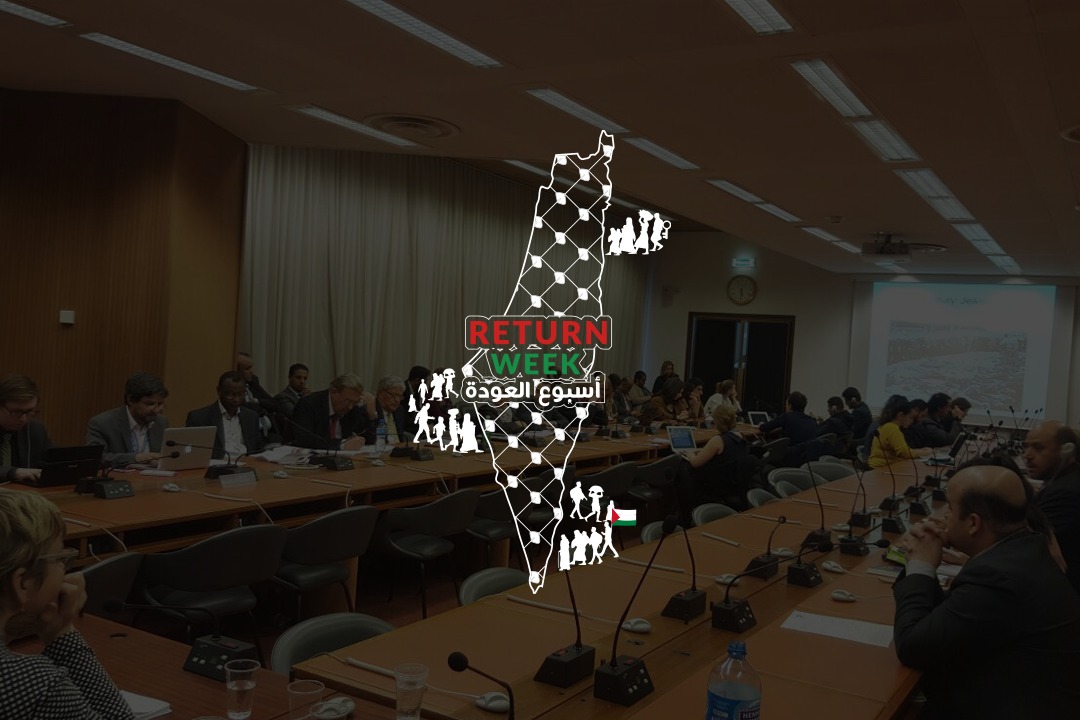 The Palestinian Return Centre will be hosting its first annual 'Return Week' with efforts fully underway to amplify the Palestinian refugee community's call for their right of return.

The PRC will officially be launching 'Return Week' on Monday, December 7, 2020 at 7pm (GMT) – 8:30pm (GMT). A distinguished panel of speakers will inaugurate Return Week, the opening seminar will underscore the inalienable Palestinian right of return.

The opening seminar will be chaired by Shabbir Lakha, Officer at Stop the War Coalition and campaigner at the People’s Assembly; Speakers include Noura Erakat, a human rights attorney, author and assistant professor at Rutgers University. She has served as legal counsel to the U.S. House of Representatives and as a legal advocate for Palestinian refugee rights at the United Nations; Iman Jodeh, Representative-Elect for House District 41 in Aurora, Colorado. She is a first generation American, born to Palestinian immigrants and refugees, and the first Muslim and Arab woman elected to the Colorado State Legislature; Ghada Karmi, a Palestinian doctor, academic and author. She writes frequently on Palestinian issues in The Guardian, The Nation and Journal of Palestine Studies. Her many publications include her acclaimed memoir, In Search of Fatima, chronicling her family’s expulsion from Palestine to Britain in 1948.

The second event of Return Week, entitled 'Voices in Exile' seminar, aims to provide a platform for Palestinian refugees around the world voicing their plight, and calling for their right of return, from Lebanon to Chile, to Australia to Gaza. Speakers include Ahmed Abu Artema, a Palestinian writer and activist and the founder of 'The Great March of Return' in Gaza; Hanan Hroub, the winner of the Global Teacher Prize in 2016; Assala Sayara, a social worker, social justice activist, public speaker and storyteller of Palestinian descent; And Lorena Mussa, the President of the General Union of Palestinian Students of Chile.

'Return Week' will culminate in a closing panel entitled 'The Right of Return: 72 Years of Waiting'. The closing panel consists of speakers who will be shedding light, exclusively, on the joint efforts of the US and Israel to nullify the Palestinian right of return, as well as well their efforts to mobilise for the right of return of the world’s largest refugee population.

'Return Week' commencing this year, will be held annually by the PRC to raise awareness amongst the international community about the inalienable right of Palestinian refugees to return to their homeland.

Every year, a plethora of activists, academics, and political commentators will take part in seminars organised by the PRC as part of 'Return Week', in an attempt to underscore the Palestinian refugee plight and discuss pro-Palestine outreach policy and advocacy mechanisms seeking to enable Palestinian refugees to exercise their right of return, through international laws and conventions.