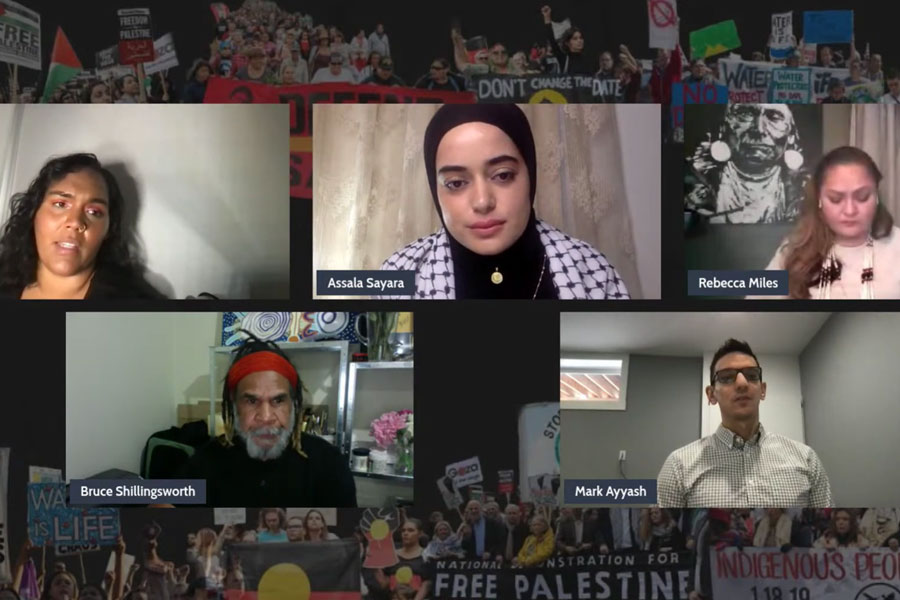 A webinar was held by the Palestinian Return Centre (PRC) in London about the response of indigenous peoples to Israel’s settler colonialism in Palestine.

Speaking at the Webinar, Elisha Je, an aboriginal woman from Australia who is currently pursuing her PhD studies at Sidney University, struck a comparison between the racist policies pursued by transcontinental imperialism targeting indigenous peoples and their access to natural resources.

She said that despite the differences in colonial policies, they all aim to build and expand colonial outposts and to ethnically cleanse the native inhabitants of the land through violence and systematic destruction of their social, cultural, and economic heritage.

The next speaker—Rebeka Miles—from the Nez Perce Tribe, a federally recognized tribal nation with more than 3,500 inhabitants, said the Palestinian people strive to preserve their history and identity. Those living in the diaspora continue to struggle to return to their motherland.

According to Miles, who was elected in 2006 as the Woman of the Year by the Washington University Alumni Association, said that colonial powers cannot live for so long due to the resistance they face by the native peoples who refuse to be taken away from their land on which their forebears have set up roots for thousands of years.

Mark Ayyash, the author of A Hermeneutics of Violence, who was born and raised in Silwan, Jerusalem, before immigrating to Canada, said Israel’s land confiscation policy against the Palestinians seeks to offset the demographic balance and impose a new fait accompli in favor of settler expansion.

He said the Palestinians have been standing firm in the face of Israel’s colonial policies through non-armed resistance.

The fourth speaker—Bruce Shillingsworth, a First Nations artist and rights activist from Australia—said the escalating pace of colonial settlement aims to ethnically-cleanse the indigenous peoples and drive them out of their native land.

He underscored the importance of well-planned resistance tactics and policies in order to oust the illegitimate Israeli occupation of Palestine.

The webinar is available in English here:

Arabic Translation available on this link: