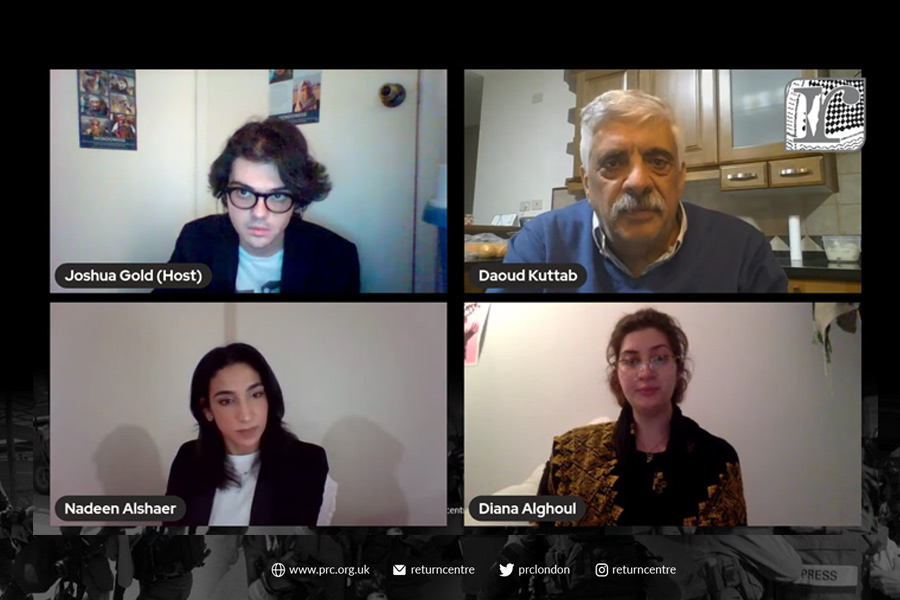 A group of journalists have launched calls for an advocacy policy that seeks to boost international support for the Palestinian cause and trigger fruitful reactions to Israel’s racist policies and human rights violations across the occupied Palestinian territories.

This came in a webinar held by the Palestinian Return Centre (PRC) in London under the title “Palestinian Reports: Behind the Headlines”.

Director-General of the Community Media Network, Daoud Kuttab, said journalists should lay emphasis on the daily torments and pains inflicted on the Palestinians as human beings that have been robbed of the right to live freely and in dignity.

He further stressed the importance of persuasion and empathy-building strategies in order to gain the sympathy of the intended audience, taking into consideration the specificities of their socio-cultural background and linguistic comprehension mechanisms.

Palestinian journalist Nadine ALShaer also pointed out the need to universalize the Palestinian cause and to shed the light on the human rather than the politicized facet of the national liberation struggle.

She referred to the daily human rights violations perpetrated against the Palestinian people, particularly settler terrorism, mass-displacement, and land confiscation.

Palestinian-British journalist Diana AlGhoul warned of the simmering ad hominem campaigns waged by the Israeli mass media to defame the Palestinian cause by overemphasizing gender-based issues.

Another journalist—Muadh Amarneh—was slated to take part in the webinar but went off due to technical issues.

Muadh, a Palestinian photojournalist, lost his left eye after he was shot with Israeli bullet fire as he covered clashes with the Israeli military in the southern occupied West Bank city of AlKhalil.