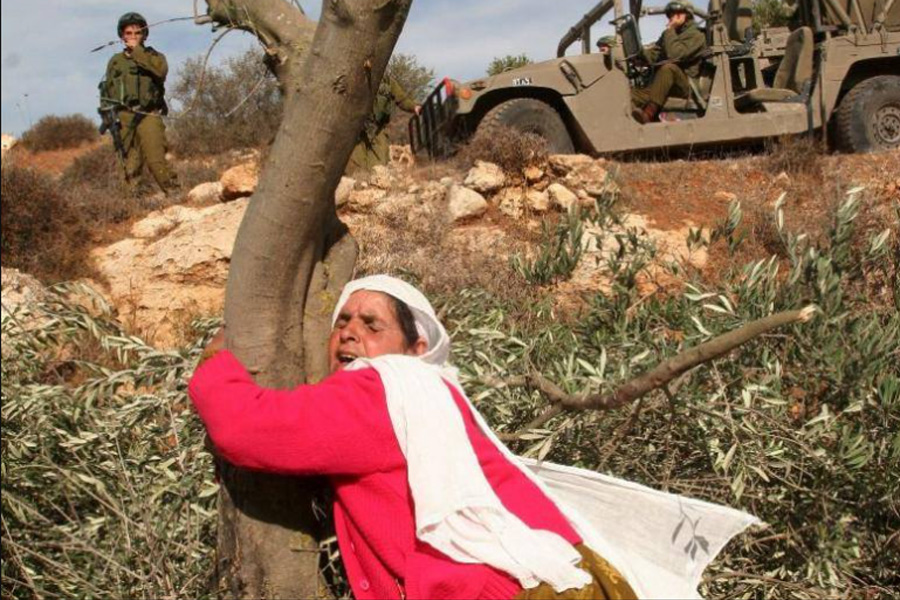 March 30 marks the 45th anniversary of the Palestinian Land Day, on which Israeli police shot and killed six Palestinian citizens of Israel as they were protesting the Israeli government’s expropriation of thousands of donums of Palestinian land.

Annually, on this very special day, Palestinian refugees take to the streets to speak up for their inalienable rights, most notably their right to return to their homeland—Palestine—from which they have been expelled by the Zionist colonial regime.

Back in 1976, Israeli attacks on mass protests which saw Palestinian communities resisting not only the theft of land but also overall settler colonial policies of ethnic cleansing, resulted in six deaths and hundreds of injuries.

This year, the commemoration of Land Day remains as important as ever because, in addition to remembering Palestinian sacrifices for the land, it reminds us of the inherently-aggressive nature of the Zionist settler-colonial project.

In Palestine, the colonisation and appropriation of land has been ongoing since the establishment of Israel and today it is proceeding at an astonishing speed. An undeniable fact of Israel’s colonial history is that settlement building has come hand in hand with the displacement of thousands of Palestinians and the theft of their land.

At the same time, across the “Green Line”, no Israeli government has ever greenlighted the building of new towns or communities for its Palestinian citizens and they too continue to have their ancestral lands forcibly taken away from them.

The aim to offset the demographic balance of Palestine and to grab more lands for the exclusive use of Jewish settlers, while at the same time diminishing the space on which Palestinians have set up roots thousands of years ago has been the name of the game from the river to the sea.

The West Bank is now an archipelago of non-sovereign Palestinian areas, with all Palestinians facing a system of apartheid.

Echoing Palestinian’s deep-seated devotion to their land, the Palestinian Return Centre (PRC) keeps up endeavours to push for urgent action by the international community and UN bodies to pressurize Israel to cease its land-theft policies and tactics of erasure against Palestinian communities.

PRC is also deeply concerned over Israel’s unabated demolition of Palestinian homes and property in the Negev Bedouin communities, Jerusalem, the Jordan Valley, and the West Bank. UN data indicates that so far in 2021, the targeting of donor-funded aid structures tripled compared with the monthly average in 2020.

As the coronavirus pandemic continues to claim the lives of hundreds of Palestinian refugees in foreign countries, PRC hopes that serious action be made in order to save Palestinian refugee communities abroad and secure their right to psycho-physical and legal protection pending their return to their motherland.