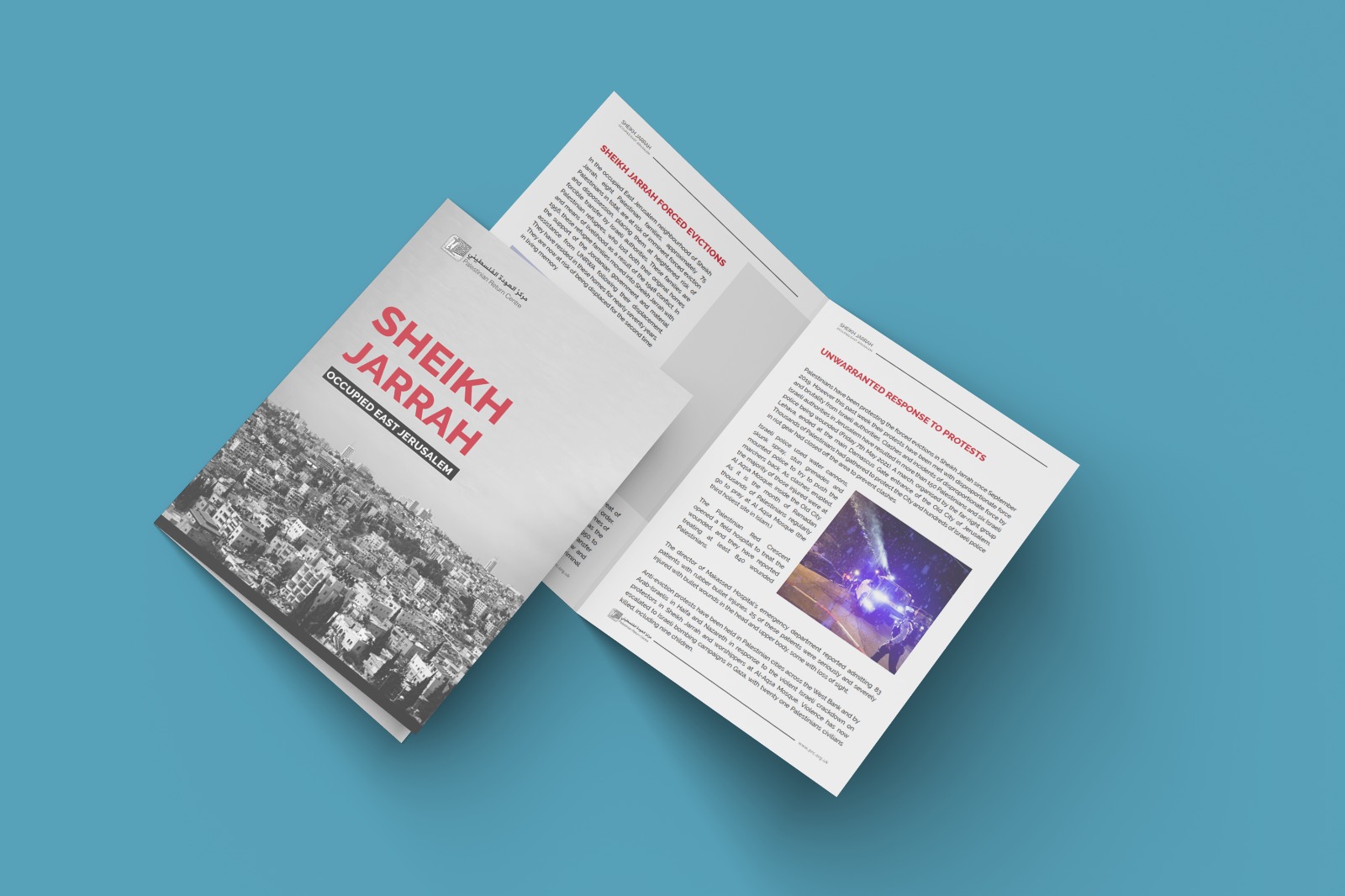 The Palestinian Return Centre (PRC) in London has issued a new factsheet about the occupied East Jerusalem neighbourhood of Sheikh Jarrah, where eight Palestinian families, approximately 75 Palestinians in total, are at risk of imminent forced eviction and dispossession.

According to the factsheet, the threatened families are Palestinian refugees, who lost both their original homes and means of livelihood as a result of the 1948 conflict. In 1956, these refugee families moved into Sheikh Jarrah with the support of the Jordanian government and material assistance from UNRWA following their displacement. They have resided in these homes for nearly seventy years. They are now at risk of being displaced for the second time in living memory.

“Forcible transfer of the occupied population is prohibited under international humanitarian law and constitutes a war crimes according to the Rome Statue of the International Criminal Court”, read the factsheet.

It further referred to protest moves held by Palestinians against the forced evictions in Sheikh Jarrah since September 2019. This past week protests have been met with disproportionate force and brutality from Israeli authorities.

As figures in the factsheet, clashes and incidents of disproportionate force by Israeli authorities in Jerusalem have resulted in more than 150 Palestinians and six Israeli police being wounded (Friday 7th May 2021). Israeli police used water cannons, skunk spray, stun grenades and mounted police to try to push the marchers back. As clashes erupted, the majority of those injured were at Al Aqsa Mosque, inside the Old City.

PRC said the international community and the U.N. agencies should play a crucial third-party role in deterring unauthorized Israeli measures and in facilitating and fostering a climate of dialogue towards a peaceful resolution of the Palestinian-Israeli conflict, including the future status of Jerusalem, which must be brought back onto the political map as this is of the utmost importance and urgency.