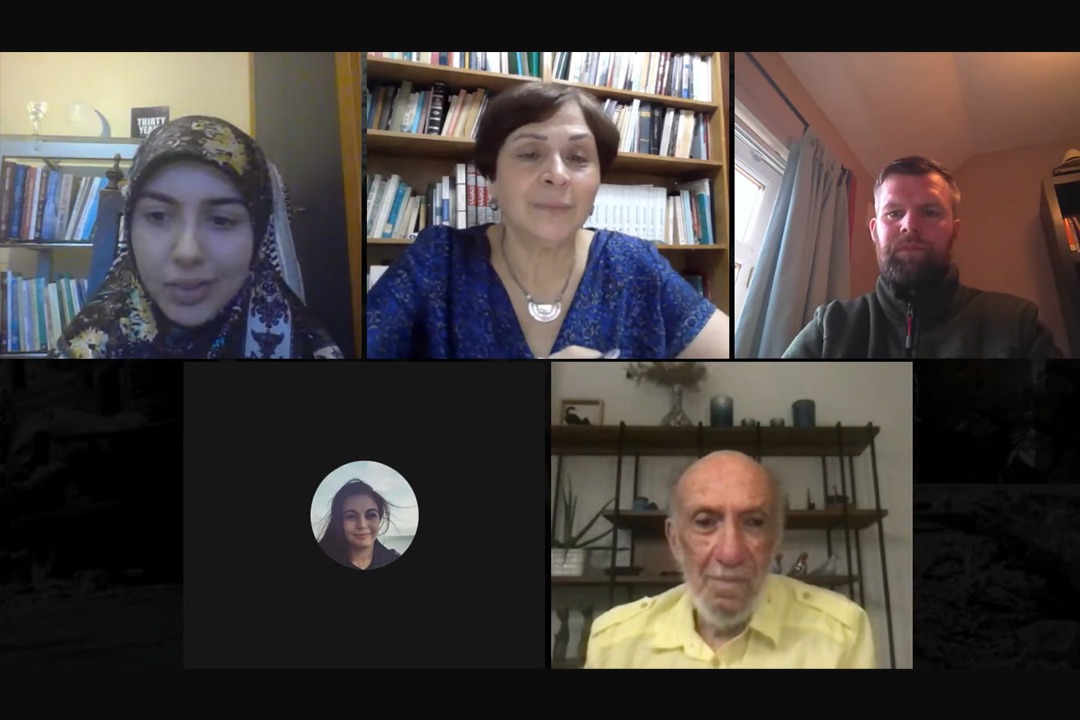 The Palestinian Return Centre (PRC) held a webinar commemorating the 73rd anniversary of the Palestinian Nakba of 1948, when thousands of Palestinians were forced out of their homes by Zionist gangs to make way for the creation of prrsent-day Israel.

Richard Falk, a professor emeritus of international law at Princeton University, and a former United Nations rapporteur on human rights in Palestinian territories occupied in 1967, sounded the alarm over the crimes of ethnic cleansing committed by the Israeli occupation against the Palestinians since the Nakba days.

She added that such crimes seek to establish more setller units for Israelis in violation of international law.

Actuvist "Sawssen Mohammad" warned of Israeli plans to foster an evironment of deprivation and homelessness against Palestinian children.
In her contribution she cited affidavits testifying to Israeli assaults on Palestinian children and violation of their rights.

She said as many as 500 Palestinian minors have been held in Israeli detention centers and scores of others have been killed in Israeli airstrikes on the blickaded Gaza Strip.

Every year on May 15 Palestinians commemorate the day in which tens of thousands of civilians were forced out of their homes during the war that led to the creation of the self-proclaimed State of Israel in 1948.
This year, the Nakba Day comes amid deadly Israeli airstrikes, Jewish mob attacks and other forms of violent tactics imposed by the Zionist forces.
On May 15, 1948, some 750,000 Palestinians were expelled into refugee camps that still exist in the West Bank, Gaza, Jordan, Syria and Lebanon following the creation of the State of Israel in 1948.

On Saturday, an Israeli airstrike targeted and destroyed a high-rise building in Gaza City that housed offices of The Associated Press and other media outlets hours after another Israeli air raid on a densely populated refugee camp killed at least 10 Palestinians from an extended family, mostly children.

PRC has been deeply concerned by the latest surge of violence by the Israeli occupation forces and settlers. The international community and the U.N. agencies should play a crucial third-party role in deterring unauthorized Israeli measures and in facilitating and fostering a climate of dialogue towards a peaceful resolution of the Palestinian-Israeli conflict, including the future status of Jerusalem.

PRC strongly condemns Israel’s imminent eviction of Palestinians in the east occupied Jerusalem city of Sheikh Jarrah, in violation of its obligations under international humanitarian law and UN resolutions. If unaddressed, the eviction plan could lead to the displacement of over 500 Palestinians, including women, children, and elderly civilians, from their homes in Sheikh Jarrah.

The international community should intervene immediately to pressurize Israel to abide by its obligations under international law secure Palestinians’ inalienable rights, including their right to stay on their native land and establish an independent Palestinian State with Jerusalem as its capital.
A lasting solution to the Palestinian refugee plight should also see the day. Palestinian refugees should be granted their right to return to their motherland as per UN Resolution 194 (III) resolving that “refugees wishing to return to their homes and live at peace with their neighbours should be permitted to do so at the earliest practicable date.