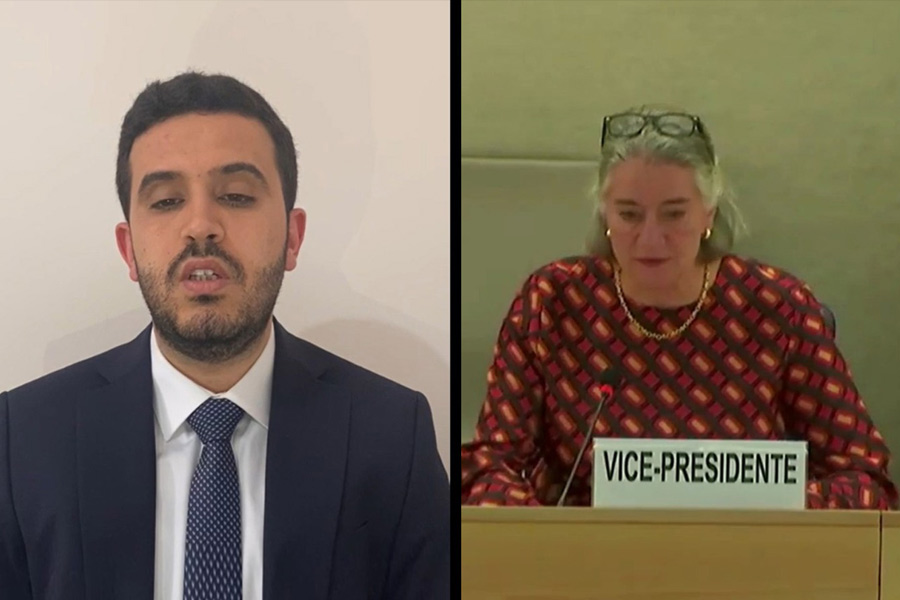 The Palestinian Return Centre sounded the alarm over the situation of Palestinian refugees in southern Syria and the repercussions of the latest round of escalations in Deraa.

This came in an oral contribution delivered by PRC during a session of the Independent International Commission of Inquiry on the Syrian Arab Republic as part of Agenda Item 4 of the 48th regular session of the UN Human Rights Council held in Geneva on Thursday September 23, 2021.

“Over recent weeks, the Syrian security forces have tightened the noose around Deraa city, south of Syria, resulting in mass expulsions and a dire humanitarian condition. Tension has flared up since June 25, when the Syrian army asked the residents and former opposition forces to lay down all light weapons and allow them to search their homes”, said PRC’s representative Bilal Salayma.

The contribution referred to the city’s two Palestinian refugee camps, which were severely affected by the tough siege and deadly shootouts. The residents have had no access to food and relief supplies. The Syrian war has already led to the destruction of over 70% of the Deraa refugee camps and the recent violence has forced the remaining refugees to seek safety in other areas.

PRC called on the international community to urgently step in to ensure that the inhumane blockade is immediately lifted and civilians regain access to life-saving items.

“As a host country for Palestinian refugees, Syria should live up to its legal and moral responsibility and ensure the refugees are physically and morally protected pending their return to their Israeli-occupied homeland”, it concluded.