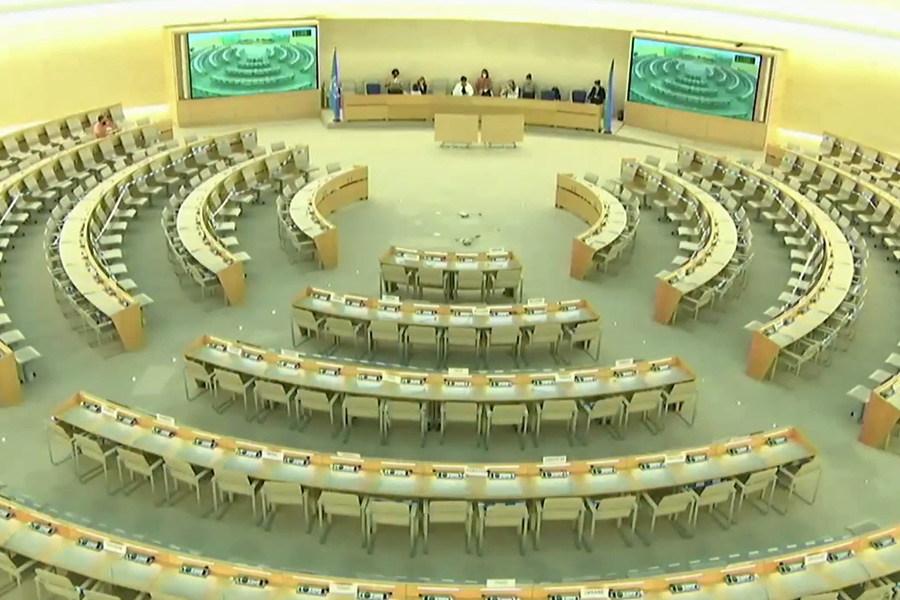 The Palestinian Return Centre (PRC) has sounded the alarm over Israel’s systematic ethnic cleansing of Palestinians in Silwan neighborhood, in East Jerusalem.

This came in a statement delivered during a seminar with the Special Rapporteur on the rights of indigenous peoples as part of Agenda Item 3 and Item 5 of the 48th regular session of the UN Human Rights Council in Geneva.

PRC warned of the systematic oppression of Palestinians in Silwan, which is home to around 33,000 Palestinians, saying in recent years Israel has sought to expand illegal settlements in the area of Silwan, forcibly displacing more than 200 Palestinians from their homes, in violation of the United Nations Declaration on the Rights of Indigenous Peoples, which states that indigenous peoples and individuals have the right not to be subjected to forced assimilation or destruction of their culture and that states shall provide effective mechanisms for prevention of, and redress for any action which has the aim or effect of dispossessing or any form of forced population transfer.

“Recently seven eviction rulings were issued by the Jerusalem Magistrate Court ordering the eviction of seven Palestinian families in Silwan, to be replaced by settlers. Ateret Cohanim, a settler organization, has been seeking, with the support of Israeli authorities, to forcibly evict over 100 Palestinian families from the Batn al-Hawa area in Silwan. This must be stopped”, said PRC’s representative at the seminar.