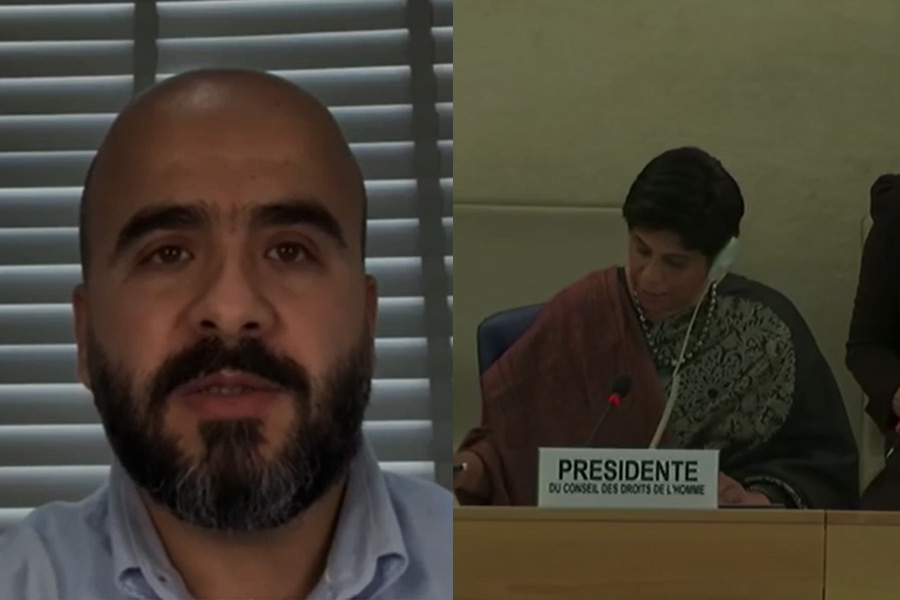 The Palestinian Return Centre (PRC) has warned of the repercussions of the Israeli military blockade and offensives on Gaza on Palestinians’ right to access water.

This came in a general debate held as part of Agenda Item 7 of the 48th regular session of the UN Human Rights Council in Geneva.

“The Gaza Strip is home to 2 million Palestinians who are deprived of their innate human right to water due to Israeli military blockade and constant Israeli military assaults”, said PRC’s Director, Mr. Tarek Hamoud.

PRC referred to an incident which occurred in May this year, when a water desalination plant that supplied clean water to over 250,000 Palestinians was completely destroyed. Over half of the water network in Gaza was damaged by Israel’s most recent military air strikes.

“Now less than 4/ of water in Gaza is drinkable and the surrounding sea is polluted by sewage. Yet, the international community is failing to do enough to protect the health and dignity of almost 2 million Palestinians”, added Mr. Hamoud.

PRC said Palestinians have the right to access clean water and sanitation services necessary for a dignified life which is linked to what the special rapporteur believes should be recognized as the human right to a healthy environment.

PRC called on members of the UNHRC to recognize the General Assembly resolutions 64/292 and 70/169 which recognize drinking water and sanitation as human rights for the over 2 million Palestinians who are trapped in Gaza.