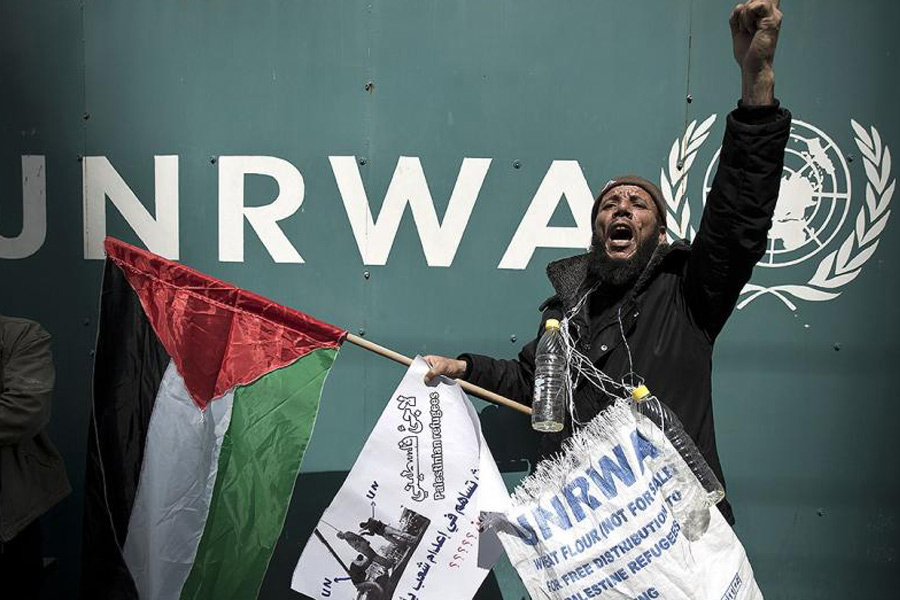 The Palestinian Return Centre (PRC) sent letters to the UN Secretary-General Antonio Guterres along with UN officials and human rights advocates tackling the historical and legal discrepancies of the “2021-2022 Framework for Cooperation’’ with the UN Relief and Works Agency for Palestine Refugees in the Near East (UNRWA)” signed by the U.S. Department of State’s Bureau of Population, Refugees, and Migration on July 14.

The letters expressed grave concern over of the implications of the Framework which, if implemented, would make Israel’s dream to liquidate the Palestinian refugee cause, deny Palestinians’ refugee status, and dismantle UNRWA come true.

In the letters, PRC warned that the document signals a reawakening of the US pro-Israel policy which seeks to liquidate the Palestinian refugee cause, deny Palestinians’ refugee status, and relocate them outside their homeland.

PRC said the real danger of the document is that it seeks to normalize a de-historicized definition of the Palestinian refugee status and depoliticize the Palestinian refugee cause as no single reference is made to the right of return or the historical context of the issue. The document rather lays utmost emphasis on the US conditions to resume funding to the UNRWA, which gives the impression of guardianship or tutelage at a time when UNRWA struggles to keep its programmes running and delivering much needed assistance to vulnerable and marginalized Palestinian refugee communities.

PRC said the Framework weakens UNRWA’s underlying principle of autonomy. Humanitarian action must be kept away from any objective or actor that might manipulate its mission, divert its humanitarian trajectory, or turn its crises into bargaining chips.

PRC added that the document fails to protect UNRWA staff and violates their personal rights and freedoms, most notably the right to freedom of expression and political affiliation.

PRC called on the recipients of the letters to speak against the framework, work on safeguarding the rights of Palestinian refugees, and stand on guard to the ferocious politically-motivated campaigns that seek to ultimately erase the right of return of over 7 million Palestine refugees.