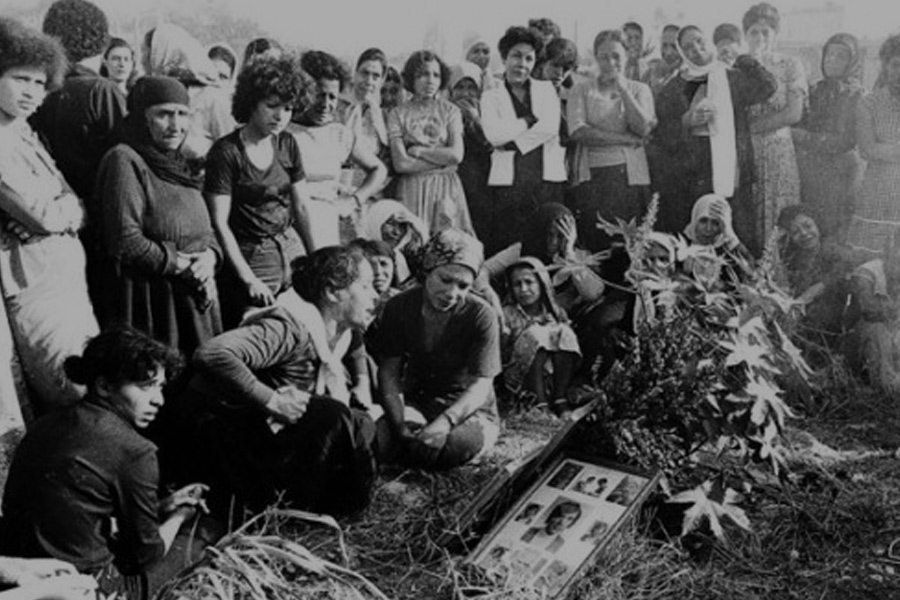 The report was added to the official archives of the UNHRC under code reference A_HRC_48_NGO_68-EN.

Entitled “Sabra and Shatila: A genocide for which the criminal has not been held accountable”, the report said Sabra and Shatila is the biggest of all massacres. It was perpetrated in circumstances resembling the catastrophe. It took place during the Israeli invasion of Lebanon in 1982 after the Israeli occupation soldiers had besieged the camp. Although those who carried out the massacre were actually from the Lebanese militias, it was the Israeli military that provided their protection and facilitated their mission.

The report referred to the atrocities committed by Israeli militiamen who shot everyone who moved in the alleys and killed whole families while they were eating dinner after smashing the doors of their house. Many were killed in their beds while they slept, and there were later found in many apartments children no more than three and four years old, soaked in their pyjamas and their covers stained with blood. In many cases, the attackers cut off the organs of their victims before executing them. They smashed the heads of some babies against the walls. Women were raped before they were killed. The men were dragged from their homes and executed in the street.

The massacre ended on Saturday the 18th of September. Hundreds of dead bodies were in the streets and alleys lying under swarms of flies. Children were lying on the roads. Women and girls were raped, some of whom survived, and some of whom were murdered naked in their beds, on the roads, or tied to electricity poles. There were pregnant women whose wombs have been cut open, their wombs violated, and children who were forcibly born prematurely and slaughtered before their eyes saw the light. Men had their reproductive organs cut off and put in their mouths. They did not even spare any sympathy for people of old age.

Because of the many difficulties that the rescue teams faced, the numbers of victims varied. Press information stated that they were 1,400 victims. Civil Defense officials said in the last days of the exhumation of the bodies that they were 1,500 victims, whilst Yasser Arafat stated that they were between 5-6 thousand victims. According to the International Red Cross, the number of victims is 2,750, not taking into account the bodies that were buried before the arrival of its teams by army bulldozers and criminal militias. The Lebanese Red Cross estimated the numbers to be between 4000-4500 victims. 2

The report called on the international community to bear full responsibility for restoring the rights and compensation of the victims of the massacre of Palestinian refugees in Lebanon and to determine the responsibility accurately and prosecute all those who were involved and can be reached under international and humanitarian law and in light of this the Palestine Return Centre (PRC) calls on  the United Nations to reopen the file, investigate again into the massacre, and prosecute those responsible within a special international court.

Following is the full text of the report:

Short Link : http://bit.ly/30hEgbN
Tags
Next Article
PRC Submits Report to UNHRC about Israel’s Attacks against Besieged Palestinians in Gaza
Previous Article
Document: Sabra and Shatila: A genocide for which the criminal has not been held accountable
Most Views
Related Posts