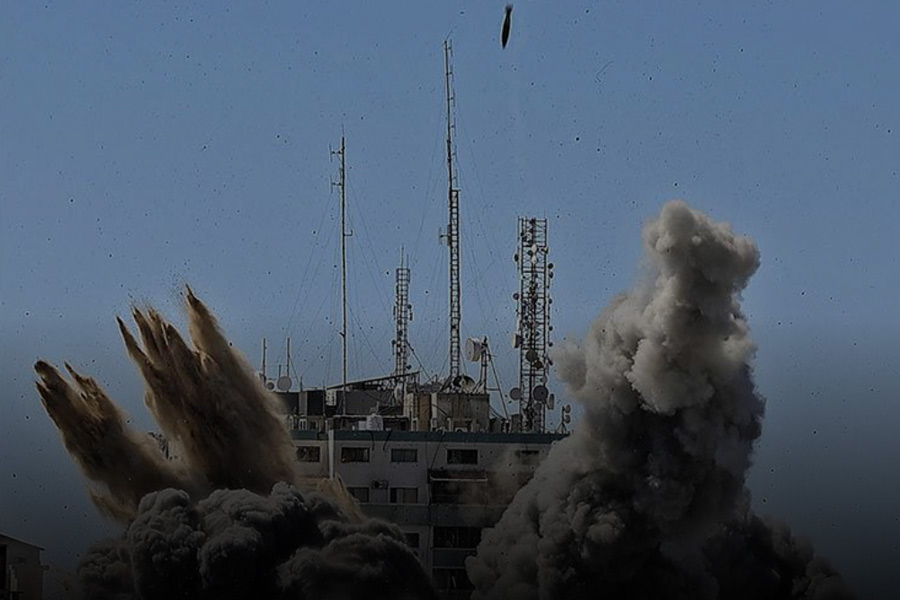 The report was added to the official archives of the UNHRC under code reference A_HRC_48_NGO_40-EN.

The report underscores the tragic consequences of the Israeli blockade on the Gaza Strip, which is home to a population of approximately 2.1 million Palestinians, including some 1.4 million Palestinian refugees. They are living under an illegal blockade imposed on Gaza by Israel for the past 14 years. Israel controls access to Gaza via air, land and sea, while the Rafah crossing on the Egyptian border, has been selectively closed for the vast duration of Israel’s blockade on Gaza.

The report said the Palestinians in Gaza effectively live in an open-air prison. They cannot enter or leave Gaza freely, to see family or friends in or to get life-saving medical care outside of Gaza. Even how far they go into the sea to fish is restricted.

PRC added that any military bombardment on a besieged population, such as the population of Gaza, would result in countless flagrant violations of the human rights of every single Palestinian in Gaza, due to the pre-determined current reality of blockade and occupation.

In total six Palestinian hospitals in Gaza were damaged, as well as nine primary healthcare centres, a desalination plant that supplies clean water to over 250,000 Palestinians and the only COVID-19 testing laboratory was destroyed. It is reported that over half of the water network in Gaza was severely damaged by Israel’s most recent airstrikes.3 Israeli airstrikes also destroyed and damaged over 54 Palestinian schools, including Kindergartens. The airstrikes have displaced over 77,000 Palestinians who were seeking protection in 58 UNRWA schools, including in 23 designated emergency shelters.

The report said Israel’s airstrikes on UNRWA sites are a flagrant violation of international law as all UNRWA facilities are clearly marked with a UN flag.