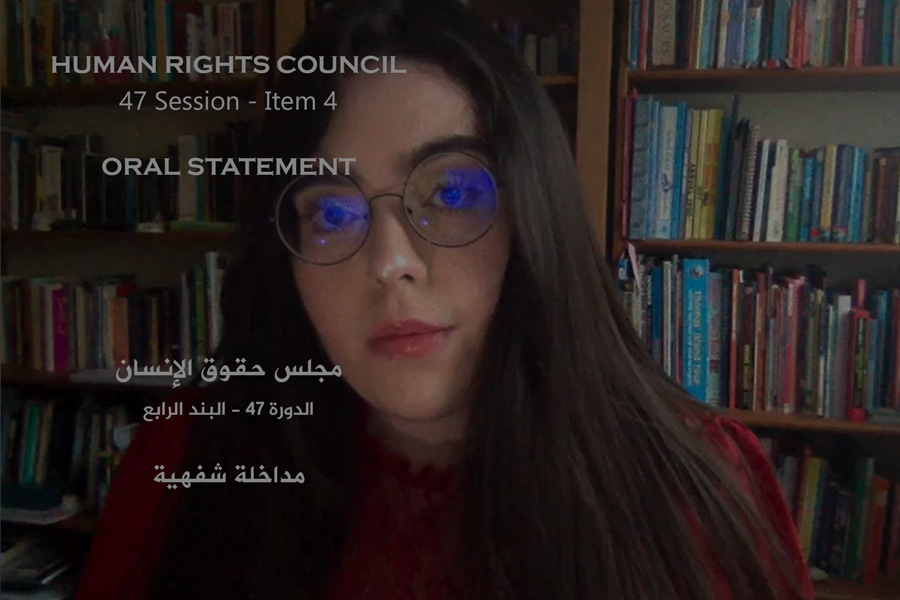 The Palestinian Return Center in London sheds light on the suffering of Palestinian-Syrian refugee "Rehab Qassem", who faces the threat of forced deportation from Denmark to Syria after a Danish court ruled in favour of her return to the war-torn country claiming that it had become a safe destination, during an oral statement during a hearing at the United Nations Human Rights Council in Geneva on 07-07-2021.

PRC carried the appeal of Rehab, who camped outside the Danish Parliament, which was circulated on social media: "I do not want to die ... It is time for me to live in peace. I do not want to be another picture in Caesar's album of victims of Death under torture. And I don't want my name to be on the lists of people massacred in Syria.”

The statement pointed out that Rehab, like thousands of other Palestinian refugees from Syria, seek to live in peace and die in peace, and hope to also be buried in Denmark, where her children and grandchildren have lived for years.

On the 27th of May, the Danish Immigration Department issued a decision refusing to renew the residency of Palestinian refugee “Rehab Qassem” from Yarmouk camp, and decided to deport her to Syria, on the grounds that Damascus is safe and that the Syrian regime excludes the detention of the elderly.

Denmark is under severe UN criticism for denying Syrian refugees residency permits, considering that the situation in their city of Damascus is safe. The Action Group for Palestinians of Syria also confirmed that the general conditions in the Syrian governorates, including the city of Damascus and its countryside, are unsafe, and the conditions for the return of Palestinian refugees are not met noting that the return of Palestinian-Syrians in European asylum countries should be to their country of origin and not to Syria because they are classified as stateless.