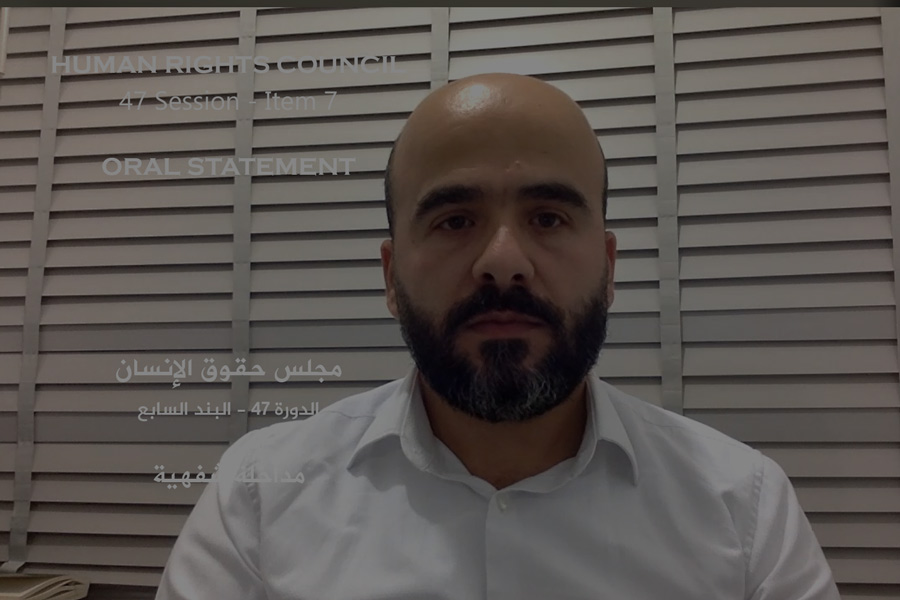 The Palestinian Return Center in London has raised real concerns at the United Nations Human Rights Council that the Israeli occupation authorities are seeking to displace Palestinian families from their homes in the Sheikh Jarrah neighbourhood of occupied East Jerusalem.

In an oral statement delivered by the centre's director, Tariq Hammoud, in one of the sessions of the seventh item on the 47th agenda of the Council in Geneva, the Return Centre shed light on an Israeli settlement plan to build housing units for settlers in place of the homes of the original Palestinian residents.

It warned that an Israeli court issued an eviction order against seven families in Sheikh Jarrah, at the same time, the court gave the green light to establish 200 settlement units in the neighbourhood, which indicates an ethnic cleansing process against the Palestinians that has not ended yet.

PRC stated that since the beginning of 2020, Israeli courts have allowed the eviction of 36 Palestinian families from their homes in Batn al-Hawa, Silwan and Sheikh Jarrah in East Jerusalem, in favour of settlers, as more than 160 Palestinians, including children, living in these areas are at risk of displacement.

During the statement, the Return Center called on the Human Rights Council to take urgent measures to stop the forced displacement of Palestinians in Sheikh Jarrah and pressure the Israeli authorities to release the Palestinians who were recently arrested solely for declaring their solidarity with the neighbourhood and the rest of the occupied East Jerusalem neighbourhoods.

Short Link : http://bit.ly/3GmFTph
Tags
Next Article
PRC calls for urgent international action to meet the needs of Palestinian refugees in Lebanon
Previous Article
PRC conveys the suffering of a Palestinian-Syrian woman at risk of deportation from Denmark to the Human Rights Council
Most Views
Related Posts