‘Event in the House of Commons: Eyewitness Gaza 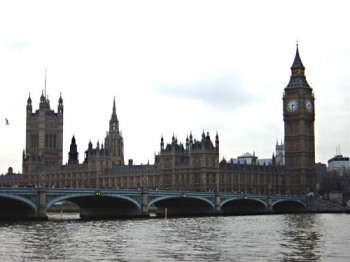 Labour Friends of Palestine and the Middle East (LFPME) and Palestinian Return Centre (PRC) are holding a report back event on the successful trip to the occupied Gaza Strip. The meeting will take place on Monday 1st March 2010, in the House of commons from 7 to 9pm .

Various speakers who managed to enter the Gaza Strip in mid-January to assess the situation will describe what they saw and discuss the future of Palestine. 55 Parliamentarians from across Europe toured the devastated Strip and met many of the victims of Israel's massacre. The visit was organised by the Palestinian Return Centre and the European Campaign to End Siege on Gaza and included a number of MP members of LFPME.

The event will focus on humanitarian conditions in the Gaza Strip, the issue of refugees and the role of international community, particularly Britain. Additionally, some speakers will focus on the Goldstone report and other methods that can be used to bring about an end to the occupation.

There will be time for a question and answer session.