PRC presents two statements at the Human Rights Council in regards to the deprivation of education for the children of Gaza. 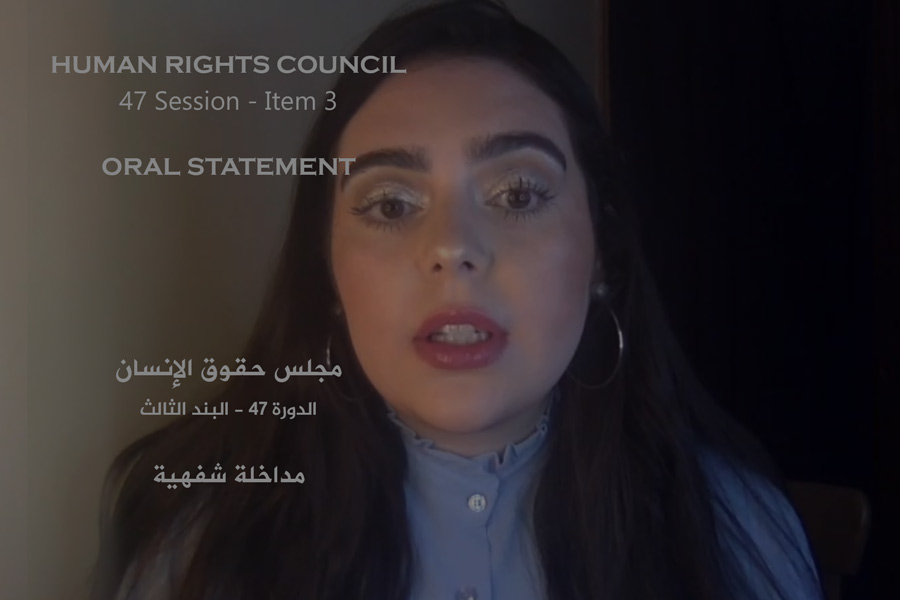 During two statements at the United Nations Human Rights Council, the Palestinian Return Center highlighted the deprivation of the children of Gaza from their right to education, following the outbreak of the Israeli aggression between the 10th and 21st of May.

During an oral and written statement in one of the sessions of the third item on the agenda of the UN Council within the 47th session held in Geneva, The return centre warned that all schools and educational facilities in Gaza had to end their school year prematurely, with the absence of final exams for most students.

It attributed this early closure to the Israeli airstrikes that destroyed more than 54 Palestinian schools, including two kindergartens, in addition to the fact that UNRWA schools were forced to stop teaching in order to provide shelter to the 75,000 Palestinians who were displaced from their homes as a result of the air raids.

PRC  relied on United Nations data stating that 600,000 Palestinian students lost their right to continue education for the 2020/2021 school term, in addition to psychological and social consequences. Two UNRWA schools were also hit by airstrikes, causing damage to them.

During the statement, the written ones of which were deposited in the archives of the United Nations and carried the reference number: A/HRC/47/NGO/41, the Return Center called on members of the Human Rights Council to ensure that the Palestinians in Gaza are not deprived of their innate human right to education.

It also stressed that urgent measures must be taken immediately to stop Israel's blatant violations of international law.

A copy of the written statement can be downloaded from this link:

The oral presentation can be viewed via this link: