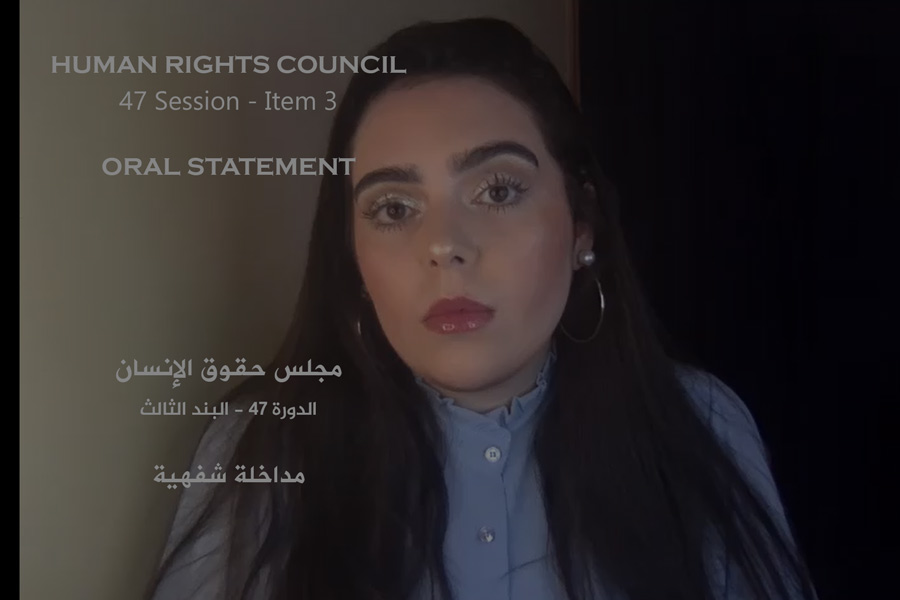 The Palestinian Return Center in London presented two statements at the United Nations Human Rights Council in regards to the complex health situation and its approaching collapse stage in the Gaza Strip, which is inhabited by more than two million people.

This came during the participation in one of the sessions of the third item on the agenda of the United Nations Council, within the 47th session held in Geneva.

During an oral and written statement, the Palestine Return Center shed light on the serious health impacts of the Israeli war on the Gaza Strip during the period between the 10th and 21st of May 2021, warning that the health care system is on the verge of a catastrophic collapse.

It is reported that 6 hospitals and 9 primary health care centres were severely damaged in the Gaza Strip during the 11-day military offensive.

During the same period, the only COVID-19 analysis laboratory in Gaza was destroyed, killing several prominent Palestinian doctors, including Dr Ayman Abu Alouf, who was leading the COVID-19 team in Gaza at Shifa Hospital, as well as Dr Muin Al-Aloul, one of the few neurologist doctors in the sector.

PRC warned that even before the recent Israeli bombing, 19 health care centres, including 3 hospitals, were forced to shut down services in Gaza, as they did not have enough fuel to keep generators running due to continuous electricity shortages. All of this is intensified by the illegal Israeli military blockade, which prevents critical medical supplies from reaching those who need them most.

PRC also indicated that the Israeli aggression caused the displacement of about 75,000 Palestinians inside the already overcrowded residential buildings, as in this case, it became impossible to maintain the preventive measures in regards to the pandemic, pointing out that Gaza was witnessing a daily increase in infection rates with the virus, and all of this contributes to predicting that the next crisis that Gaza will face will be the COVID-19 crisis.

Based on these data, the Return Center stressed in its statements that the members of the Human Rights Council must act urgently before the crisis escalates further, and ensure that Palestinians who need health care and urgent medical assistance are treated immediately and with dignity, based on Article 25 of the Universal Declaration of Human Rights. The United Nations Human Rights Act of 1948, which states that “everyone has the right to a standard of living, including medical care.”

It is noteworthy that the written statements, which bore the number A/HRC/47/NGO/40, was placed by the Return Center in the archives of the United Nations, and was officially approved by the international organisation as a document. It is available for public download via the following link:

Short Link : http://bit.ly/3b6wzqT
Tags
Next Article
104 Years On…UK Gov’t Is Still Accountable for Balfour Declaration’s Infringement of Palestinian Right to Self-Determination
Previous Article
PRC presents two statements at the Human Rights Council in regards to the deprivation of education for the children of Gaza.
Most Views
Related Posts