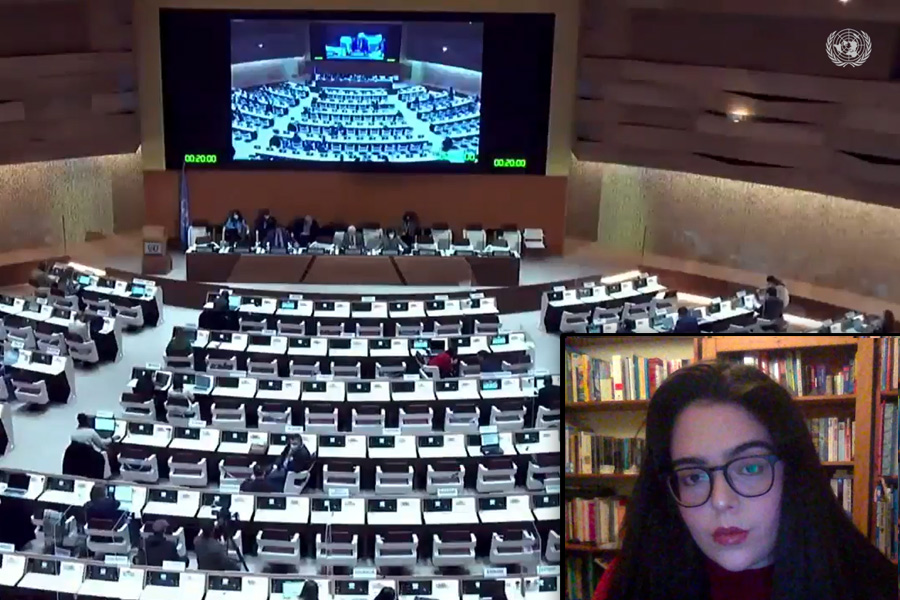 The Palestinian Return Centre (PRC) in London has underscored the repercussions of the attacks launched by the Israeli military on the besieged Gaza Strip and their impact on children’s access to education.

“The aftermaths of the aggression launched by the Israeli military on the besieged Gaza Strip in May 2021 are just unforgettable,” said PRC’s speaker Farrah Koutteineh. She also told the UN Human Rights Council. “None of us can forget the 66 child victims who were killed in the ferocious offensives that beleaguered the Strip for 11 days running”.

PRC added that in the aggression, another 685 civilians were left wounded, some of them paralyzed and/or left with chronic disabilities.

PRC referred to UNICEF data, which indicates that 75% of Palestinian children in blockaded Gaza need psychological support services as the more than two million Palestinians who call Gaza home have lived through four wars in the last thirteen years and that latest round of hostilities added another layer of psychological distress on an already traumatized population.

“While children around the world were checking their school supplies list and preparing to attend classes in their familiar classrooms, over 600,000 students in Gaza were caught up in uncertainty”, warned PRC. “The chain of escalations culminated in the destruction of at least 54 educational facilities and kindergartens”.

PRC called on the UN to boost mental health and psychosocial support programming to mitigate the mental health costs of the Israeli aggressions on the world’s largest open-air prison.

PRC underscored the importance of a life lived in dignity and free of the violence of Israeli wars, remembering that the right of every Palestinian child to health, education and a dignified life are clearly enshrined in international human rights law.