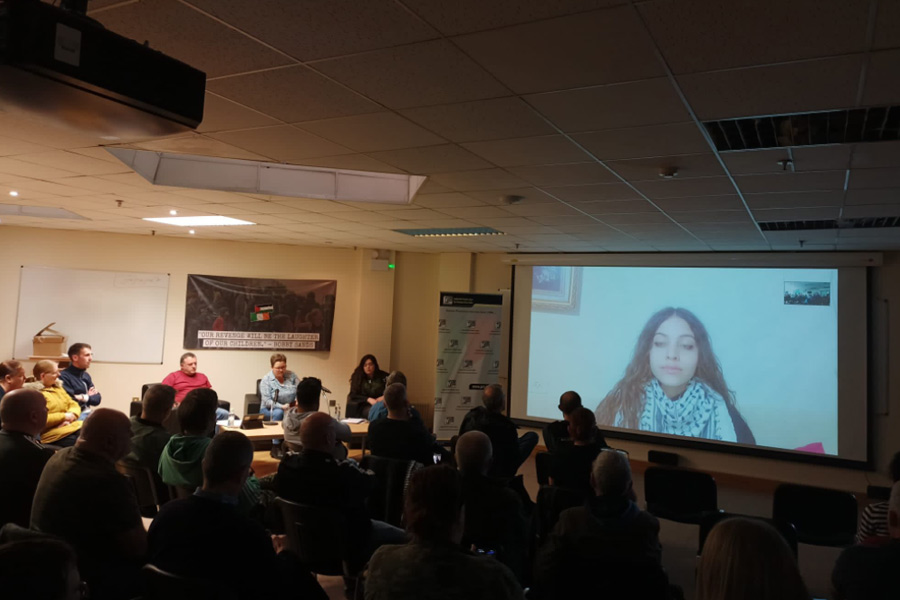 The Palestinian Return Centre closed its weeklong nationwide Ireland tour in Derry on Tuesday 29th March 2022, at The Hive in Rath Mor, Derry.

A representative of a local Palestine solidarity group in Derry chaired the event and opened the event by introducing the event’s first speaker, Janna Jihad. Janna Jihad is a young Palestinian activist known for being the world’s youngest journalist. A resident of the Nabi Saleh Village in occupied Palestine, Janna regularly participates in demonstrations against the Israeli Occupation. She began making video reports of what was happening in her village, from the Israeli occupation to illegal settlement building, starting when she was only 7. When she was seven years old, the murder of her uncle at the hands of the Israeli military drove her to speak out about the brutal military occupation. Janna filmed her uncle’s killing on her mother’s phone and shared it with the world. By the time she was 13, Janna was recognized as one of the youngest journalists in the world, documenting the Israeli army’s oppressive and often deadly treatment of Palestinians. Janna Jihad faces death threats and intimidation because of her work. 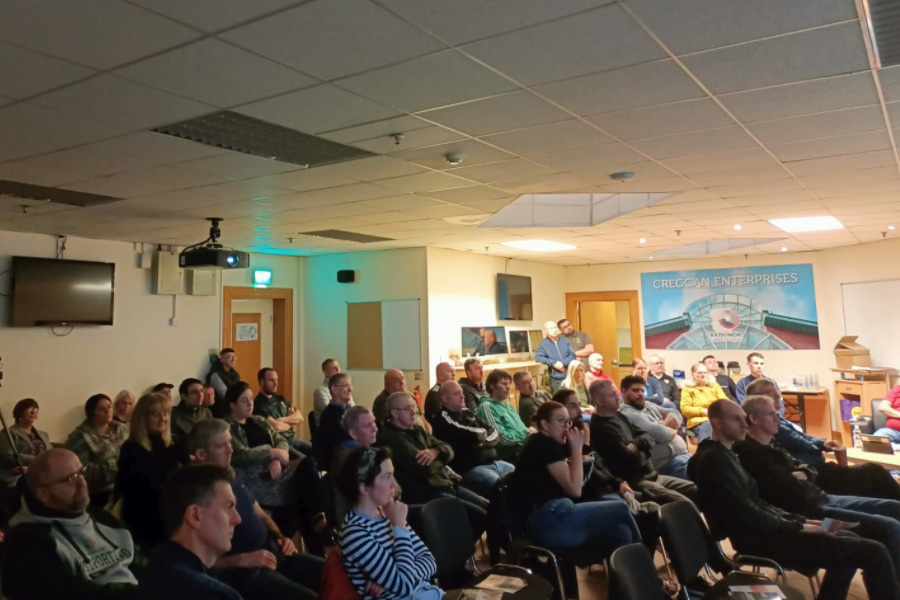 The final speaker of the event was local Irish activist and Derry councillor, Gary Donnelly. Donnelly spoke on the long shared history between the Irish and Palestinian people, and how Britain oppressed resistance and aspirations for independence for both peoples. He then went onto address the current hypocrisy in the mainstream media in their unequivocal support for Ukraine, and their somewhat silently conditional support for Palestine. He then called on all those in attendance to support BDS.

The Palestinian Return Centre hosted ‘The Shared Struggle: Ireland & Palestine’ tour to commemorate both the 50th anniversary of Bloody Sunday, the upcoming anniversary of Land Day and to honour the long standing solidarity between the Irish and Palestinian people.