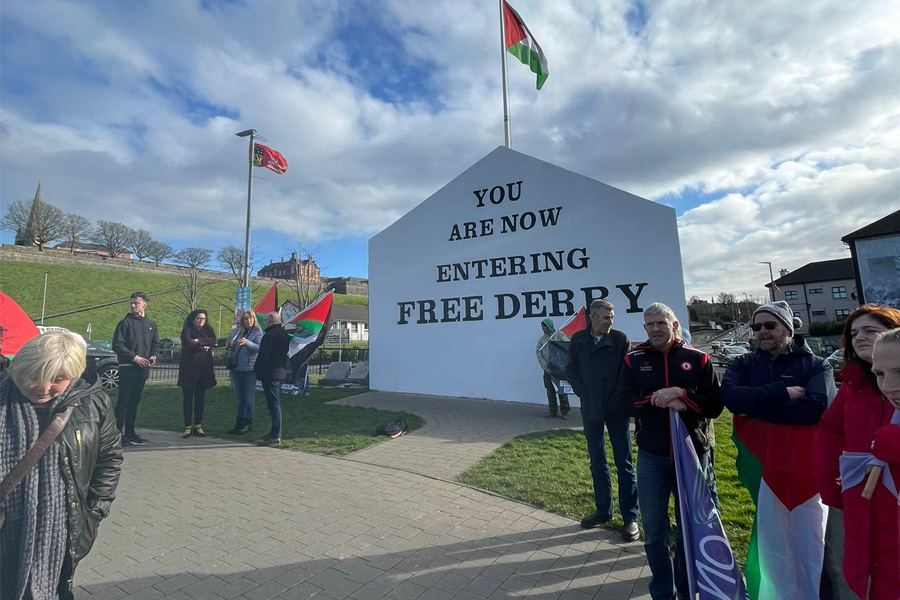 The rally saw the planting of a symbolic olive tree, in the infamous Free Derry Corner, to commemorate Land Day. Another olive tree was also planted by Janna Jihad, our keynote tour speaker, in her occupied village of Nabi Saleh. Both trees were planted simultaneously.

The rally heard chants calling for a free Palestine and also heard ‘From Ireland to Palestine, colonialism is a crime’.

The Palestinian Return Centre hosted ‘The Shared Struggle: Ireland & Palestine’ tour to commemorate both the 50th anniversary of Bloody Sunday, the upcoming anniversary of Land Day and to honour the long-standing solidarity between the Irish and Palestinian people. 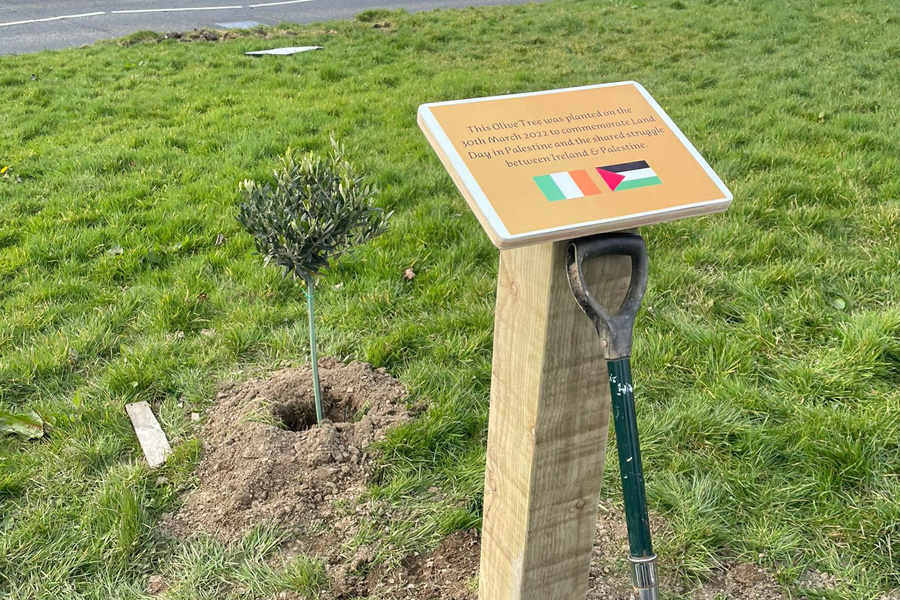 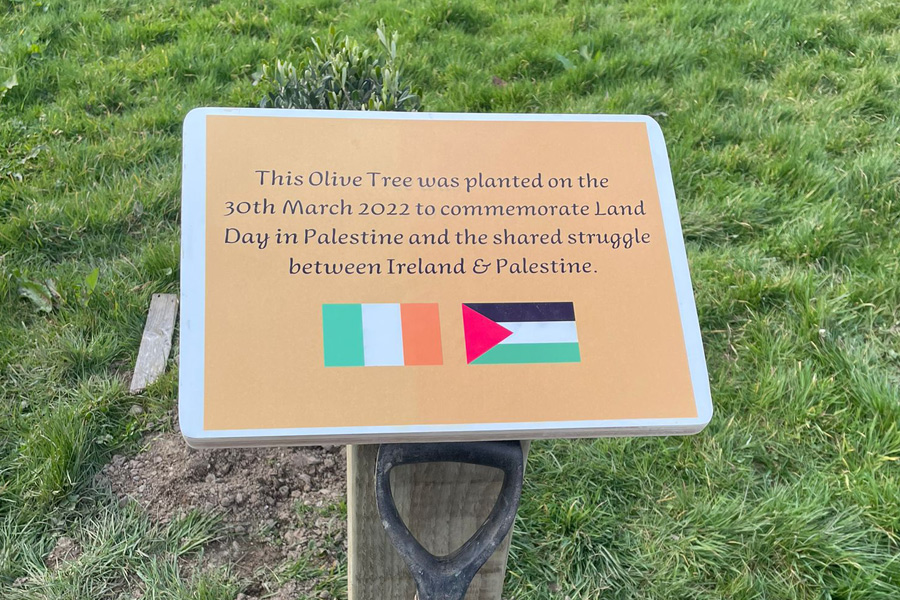 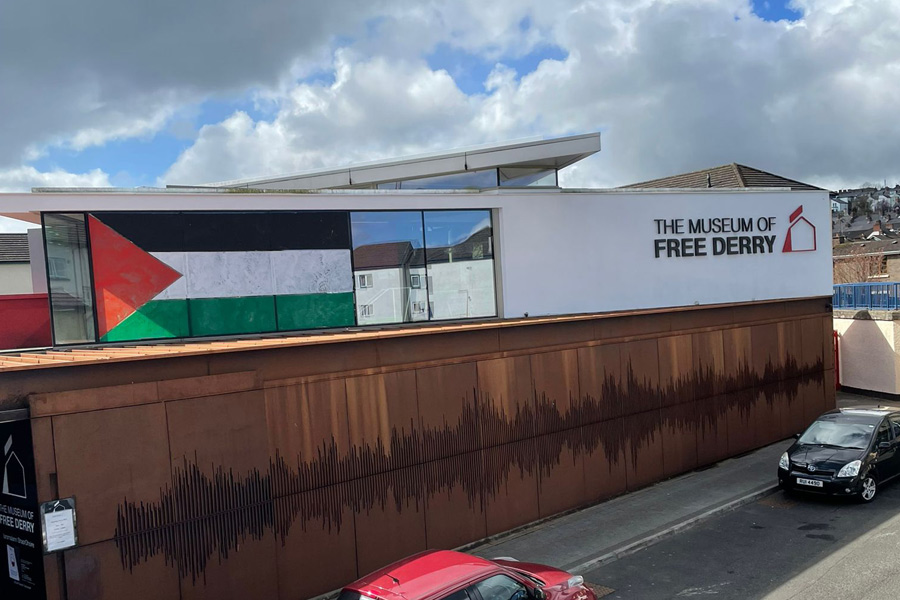 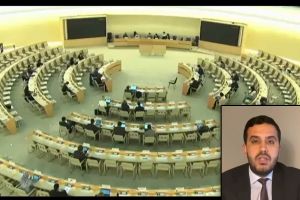