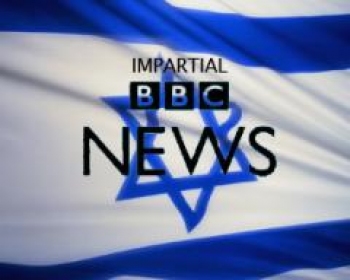 The Palestinian Return Centre (PRC) expressed its deep apprehension and anger over the BBC coverage regarding freedom Flotilla. The Freedom Flotilla which is a mere humanitarian mission has been covered by a wide range of western media outlets in the last few days.The BBC started to speak about the Boats of the flotilla only in the last 2 days.

In most of its coverage BBC depended on Israeli sources whilst the Palestinian side has been ignored. PRC suggests that such coverage harm the image of BBC and could classify it as an alternative for some Israeli media outlets.

PRC and part of its day-to-day monitoring for BBC observed thefollowing:

On one of its today's article BBC gave a space for the Israeli side while it has ignored the Palestinian side. The official account of Israel though, Danny Ayalon, Israeli deputy foreign minister was presented, which stated that organizers' intent was violent. The article mentioned that 'Guns and knives' were used by the civilian passengers.

The great exposure of Israeli account continued on the BBC breakfast (BBC TV)and its running news casts. Spokespersons and Israeli officials were given a chance to justify the Israeli attack. BBC reporters in Israel also contribute to this dilemma as they only speak out what they get from the official Israeli sources.

PRC call on BBC to stand neutral and give up its routine policies of quickly admitting and giving a space for the Israeli narrative.

The centre puts the facts ahead to the BBC that Israel announced its intent to attack these boats a few days ago. This gives us a direct and clear-cut massage that Israel will be inventing propaganda and lies to cover up its crime today.

BBC should give more focus on the other side of the story which is the massive scale of the victims, the legality of this attack which happened in the international waters. BBC should investigate the last Israeli positions over the past week and compare it with what happened today. People in the UK and elsewhere who watch the BBC aspire to find non bias accounts and true stories. But, sadly what's being going on BBC is one sided and reach the degree of flagrant bias.

With so many different sources of information from governments to NGOs, the BBC finds it morally and journalistically appropriate to provide justifications of the Israeli Defence Force (IDF) for its unprovoked crime. The BBC is alone in quoting the IDF that the Flotilla had violent intentions and humanitarian personnel on board were carrying knives, guns and fired shots.

The BBC thinks it's an impartial organisations, in fact it has shown that it's a mouth piece for the IDFs crimes.

The BBC should recognise that an impartial position at this early stage would have been to simply state the facts as accepted by the international community and not provide justifications for the killings of 19 innocent civilians.

BBC spokesperson, told PRC that, 'We are unable to respond as we have not been given the courtesy of detailed evidence of any accusation.'

However, PRC told the spokesperson of the above mentioned coverage and the time of the news casts.

PRC call on activists, journalists to protest against the BBC performance.