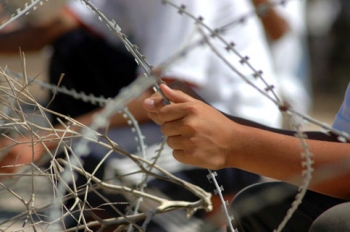 The Palestinian Return Centre (PRC) is holding an International conference entitled “The Ongoing Nakba”. The conference will highlight the different mechanisms which Israel deploys in maintaining the ongoing expulsion and dispossession of Palestinians.  It will take place on 15th of January 2011, at Brunei Gallery, SOAS University from 10am to 5pm.


The conference will make the case that the Nakba is a real and contemporary issue and not simply an event in Palestinian history. A key argument made is that the goals and aspirations of the Zionist project did not end with the founding of Israel but has continued to this day. One of the main consequences of this is an Ongoing Nakba where Palestinians continue to be displaced, expelled and ethnically cleansed from their home and land in Palestine with their right of return denied.

A universal theme will be identified that combines the first Nakba with the ongoing Nakba. That is Israel’s desire for more land without the indigenous Palestinians and its drive to Judaise Jerusalem. It will provide an historical look at the early phase of the Zionist project outlining its ideological aspirations and what they entail. The historical origins of the Nakba will be followed by a number of presentations on the different mechanisms that are used to continue the Nakba.

Dr Hosam Hafez,  Head of Political Section Embassy of the Syrian Arab Republic, Dr Paul Larudee, cofounder of the Free Gaza Movement and international human rights activist, and  Ben White, a freelance journalist and writer specialising in Palestine/Israel will participate in the event. A number of topics will be presented to cover, Birth of the Nakba, the impact of Israeli laws in creating more refugees, House Demolitions and ongoing creation of refugees, how the Wall has made more Palestinians into refugees and denied access to their land, how settlements create more refugees and The impact of the policy of Judaisation and eviction from Jerusalem

Added to this will be a session outlining the legal rights of Palestinians and the most effective ways to campaign for these rights.  The conference will mark the beginning of the 2nd Palestine Memorial week in the United Kingdom and Europe. The annual one-week event will be held from the 15th to the 22nd January 2011. The event commemorates the memory of Palestinian victims of the Nakba since 1948 until now. General Director of the Palestinian Return Centre (PRC), Majed al zeer, believes that the “conference is a unique event bringing together distinguished academics, politicians, journalists, researchers and activists who will provide clarity and insight amidst the confusion”.