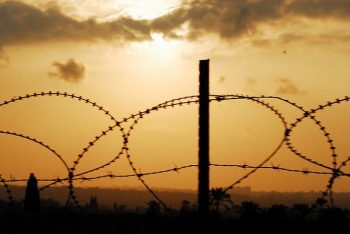 British MPs, Academics, researchers and journalists will speak at the Palestinian Return Centre (PRC) international conference, “The Ongoing Nakba”, on Saturday, 15th Jan.2011. The conference in London, SOAS, will show that the Nakba is not just an event that took place in 1948 but an ongoing suffering for millions of Palestinians.
It is also the inaugural event of 2011 Palestine memorial. The event commemorates the memory of Palestinian victims of the Nakba since 1948 until now. It also coincides with the 3rd anniversary of the onslaught on Gaza 2009.Three main session of the conference will focus on, the history of the Nakba, Israeli discriminatory laws, the separation Wall, A symbol of Apartheid and Segregation and the internal racist policy within Israel. Speakers will highlight media and role of activism to liberate Palestine.  The opening sessions will include various speakers including Labor Party MP Andy Slaughter and John Mchugo of Lib Dem Friends of Palestine.  Keynote Speaker will be Mads Gilbert who worked in Gaza as surgeon within the 2008-2009 onslaught. He will speak about his experience his recent book, “Eyes on Gaza”. Manuel Hassassian, Palestinian Ambassador in UK and PRC General Director, Majed al Zeer will deliver opening speeches.Speakers will include Phyllis Starky, Labour Party Politician and Former MP and Dr. Salman Abu Sitta, author of Atlas of Palestine and prominent Palestinian historian. From the UK, Ben White Free lance journalist and author who writes frequently for the guardian will talk about apartheid within Israel.Additionally, Dr. Hosam Hafez, a Syrian Legal Expert will focus on Palestinian Rights under international law. Dr. Paul Larudee, Founder of Free Gaza Movement and Human Rights Activist, will provide valuable ideas on the global solidarity movement.  Rawan Al Damin, a filmmaker and director of Al Nakba film produced by Al jazeera will speak about the Nakba and Media.Media outlets will cover the event whilst a number of information stalls and books will be available. Audience are advised to register to secure their seats.The Conference will last for the whole day from 9am-6pm. It will take place in central London, Brunei Gallery at the School of Oriental and African Studies (University of London) SOAS. Thornhaugh Street, Russell Square, London WC1H 0XG. See the Map: http://www.soas.ac.uk/gallery/visit/PRC is an independent consultancy focusing on the historical, political and legal aspects of the Palestinian Refugees. The organisation offers expert advice to various actors and agencies, national and international, on the question of Palestinian Refugees within the context of the Nakhba - The catastrophe following the forced displacement of Palestinians in 1948 - and serves as an information repository on other related aspects of the Palestine question and the Arab-Israeli conflict. It specialises in the research, analysis, and monitor of issues pertaining to the dispersed Palestinians and their internationally recognised legal right to return.