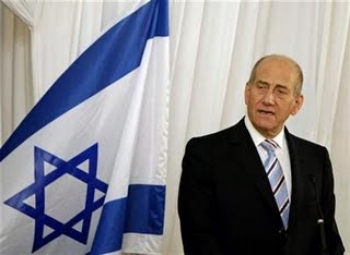 The Palestinian Return Centre vehemently objects to any attempt to discount the right of Palestinian refugees to return, in accordance with international law and human rights conventions.


Thus, statements uttered by Israeli Prime Minister Ehud Olmert on Monday, November 27, where he proposed a withdrawal from parts of the West Bank in exchange for a Palestinian agreement to relinquish their right of return is utterly unacceptable.

Even if one is naïve enough to trust Olmert’s most recent ‘peace’ offering, writing off the right of return of five million Palestinian refugees is a red line that no Palestinian can cross. This right has been reaffirmed year after year by the United Nations’ General Assembly and is considered a corner stone for the Palestinian struggle.

Millions of Palestinians were made homeless in successive Israeli campaigns of ethnic cleansing that extended from 1947-48 and continues until today. Such attempts wrecked havoc on Palestinian society, displacing entire communities to clear their land for further Israeli territorial expansion. Not as if the Israeli tactics have changed and will unlikely change. In the 1948 Nakba (Palestinian Catastrophe) nearly 531 Palestinian villages and localities were completely destroyed by Zionist gangs and paramilitary; today, statistics are equally grim, as thousands of Palestinian homes were destroyed in the last 6 years of uprising, large swathes of land were expropriated to make way for the expanding settlements and the Apartheid Wall continues to swallow its massive share of West Bank and Jerusalem lands.

It would be most unwise to trust the Israeli government now, as it makes such ‘peace’ offers at the same time its army’s bulldozers are busily dividing Palestinian towns in the West Bank, destroying ancient olive trees and forcing thousands of farmers away from their land. To give up the right of return now, doesn’t only violate international law, validate Israel’s ethnic cleansing policies of the past, but it rather vindicates the Israeli government ongoing practices in the Occupied Territories which themselves continue to render many Palestinians homeless, on a daily basis.

It must also be said that even if Olmert is indeed genuine in his new quest for peace, neither he nor anyone else has the right to exchange a Palestinian right for another: both, an end to the Israeli occupation and the right of return are two fundamental rights safeguarded by international law; like in the case of all fundamental human rights they must neither be subject for swaps nor barters.

The Palestinian Return Centre reiterates its position that the right of return for Palestinian refugees is sacred and inalienable. It calls on the international community to withhold international law, and on Palestinians and those who support their just cause everywhere not to allow such Israeli strategy of fragmenting and renegotiating fundamental Palestinian rights to sway them from their courageous struggle for freedom, rights and sovereignty.