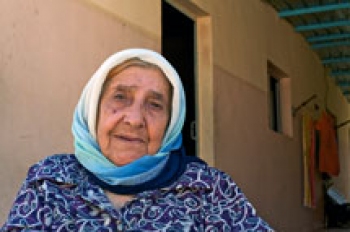 Share on Facebook Share on Twitter
PRC Workshop delivered by Nasim Ahmed; "The invisible Prison Wall around Palestinian Refugees from Iraq" I would like to thank the conference organizers for inviting me to deliver this paper. When I was first asked to speak at this  conference I was slightly ruffled about presenting a paper about refugees in a conference about prisoners. My perplexity was short lived because as anyone who has followed the plight of Palestinian refugees, especially those in Lebanon and more recently from Iraq, will see that many Palestinian refugees have an invisible prison wall around them.

PRC is also carrying out a number of documentaries showing the desperate conditions faced by Palestinian refugees from Iraq which will be shown on mainstream media very soon.

In conclusion I would like to add that the feeling of imprisonment the heightened emotions of finding oneself incarcerated within four walls and tortured is felt by Palestinians all over the world. For Palestinian refugees from Iraq, their life has become their prison. Wherever they go to find freedom, security and a basic measure of humanity they have been trapped in a no mans land, faced conditions worse than the one they left behind and become prisoners of their identity as Palestinians.