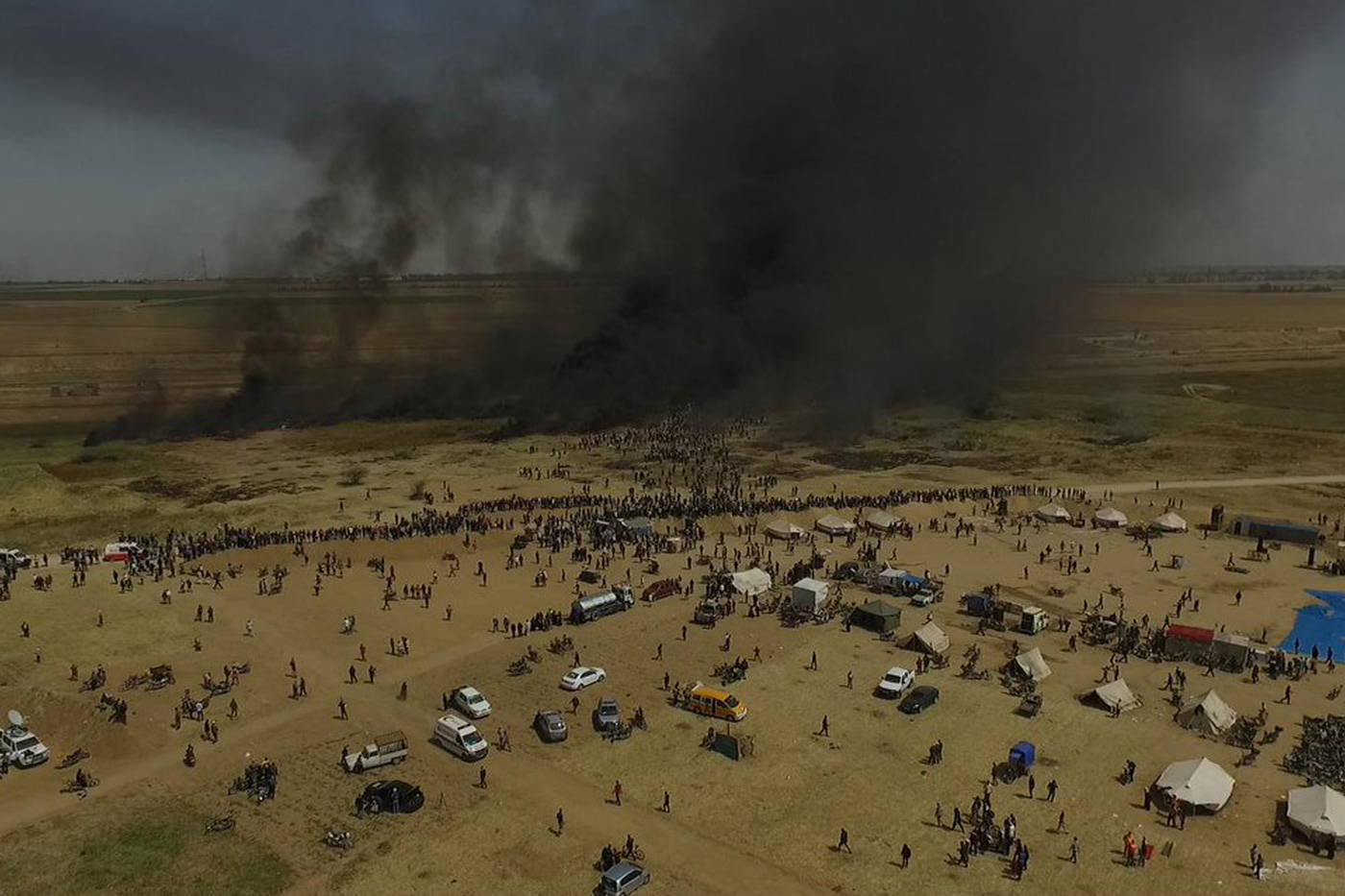 The UN Independent Commission of Inquiry on the 2018 Gaza protests published its report on the response of Israel to the Gaza protests and its legal implications. The report finds that the Israeli authorities, who killed 183 Palestinians between March and December 2018, committed a number of other unlawful acts during its repression of the Great March of Return.

The PRC welcomes the findings of the report and its recommendations for the High Commissioner for Human Rights. The PRC stresses the importance of the role played by international justice mechanisms and the international community in ensuring that Israel stops its unpunished and continuous violations of international law. Those violation include the blockade on the Gaza Strip, exercised as a form of collective punishment, and the violations of the rights to life and freedom of assembly and association.

Protected groups were targeted, such as children, medical personnel, journalists, and persons with disabilities. Israel is therefore in violation, among others, of the Convention on the Right of the Child, the Fourth Geneva Convention, and international customary law.

The impact of the Israeli response to the peaceful demonstrations created a health care emergency in Gaza. The number of injuries exceeds the capability of hospitals, and the scarce resources of hospitals are diverted from ordinary treatments to emergency treatments. A large number of demonstrators had to be amputated because of live ammunition injury. Additionally, Israel denied numbers of injured people to exit Gaza to receive the appropriate treatment.

The commission of inquiry recommends the state of Israel to investigate violations of international law perpetrated by its own authorities, indicating that some violation might constitute war crimes and crimes against humanity. However, as the report clarifies, Israel has only conducted criminal investigations in five cases. This is evidence that Israeli authorities do not meet their responsibilities in holding their own members accountable.