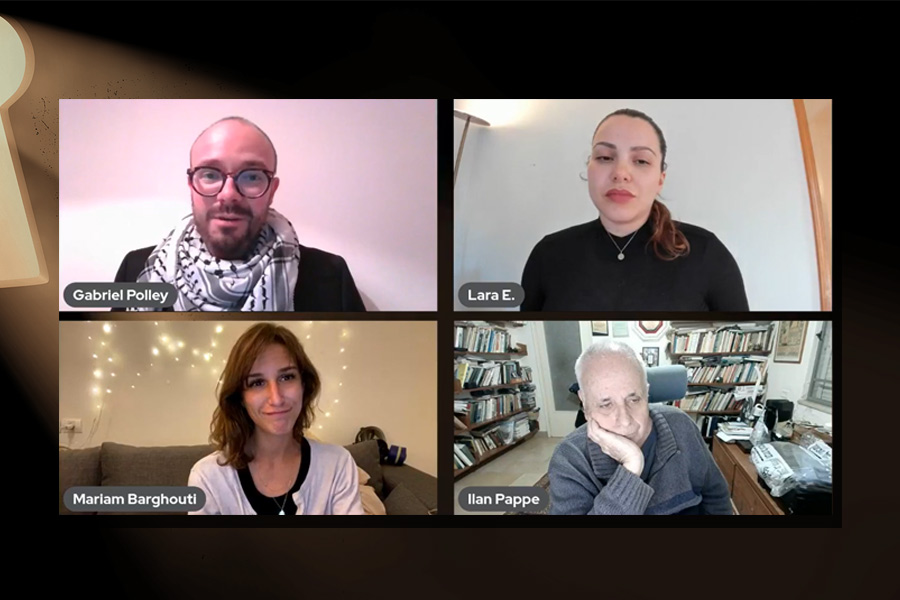 The opening webinar of the long-awaited Return Week2 shed light on Palestinians’ commitment to their right of return to their homeland and Israel’s incessant attempts to deny this legitimate right.

The webinar was chaired by Dr. Gabriel Polley, a doctoral researcher at the European Centre for Palestine Studies, University of Exeter.

Dr. Polley opened his speech by an overview of PRC’s ‘My Return Campaign’, which is an international campaign launched by PRC in partnership with Palestinian and international human rights partners and NGOs in order to amass the largest possible number of signatures showing Palestinians’ unyielding commitment to their right of return to their homeland.

The first speaker was Lara Elborno, a Palestinian-American international lawyer and activist based in Paris, though her family originally hails from Gaza and Yaffa.

Lara underscored Palestinians’ legitimate struggle for their rights, most notably the right of the return. She referred to widespread protest moves, including the Gaza March of Return and other marches held across European cities, to call for the right of return.

“The future is necessarily de-colonial and Palestinians must be prepared for return”, said Lara.

Addressing the Palestinians who like herself now have passports of other states allowing them to enter certain parts of Palestine, she recommended that they visit their native land as much as they can in order to maintain ties with Palestine and learn the stories and traditions of their forebears.

Speaking next was Mariam Barghouti, a Palestinian writer and researcher based in Ramallah. She tackled ethnic cleansing, which she defied as the violent expulsion of Palestinians and attempts to force them to reach a point of despair.

Mariam said the Zionist narrative claiming the Palestinians fled their homes in 1948 is counterfeit. “No they were forced out of their homes…they were trying to protect their families”, she insisted, adding that the struggle is “is not just about Palestine” but also “about our global interaction”.

The final speakers was Ilan Pappé, a professor with the College of Social Sciences and International Studies at the University of Exeter.

Pofessor Pappé started by thanking PRC for this very important event.  Expanding on the notion of “decolonization”, he said it means the dismantling of colonialist institutions. It refers both to the decolonization of the mind and of the country.

Pappé said the Palestinians and supporters of Palestine insist that collective memory is one of the most reliable sources of the genuine Palestinian narrative.

He said the best way to rectify the crimes committed against the Palestinians in 9148, in what is known as the Nakba, is to confirm that Palestinians and their descendents have the right to come back to their homes from which they were expelled.

Pappé stressed that the right of return is a sacred individual right that no one can deny, adding that the Nakba is not just about 1948 but it continues till the present moment and materializes in crimes against Arabs in Israel and everywhere across the occupied Palestinian territories.

“The Nakba committed since 1948 is a crime against humanity”, said Pappé. “The heart of Israel’s rejection of the right of return is racist”.