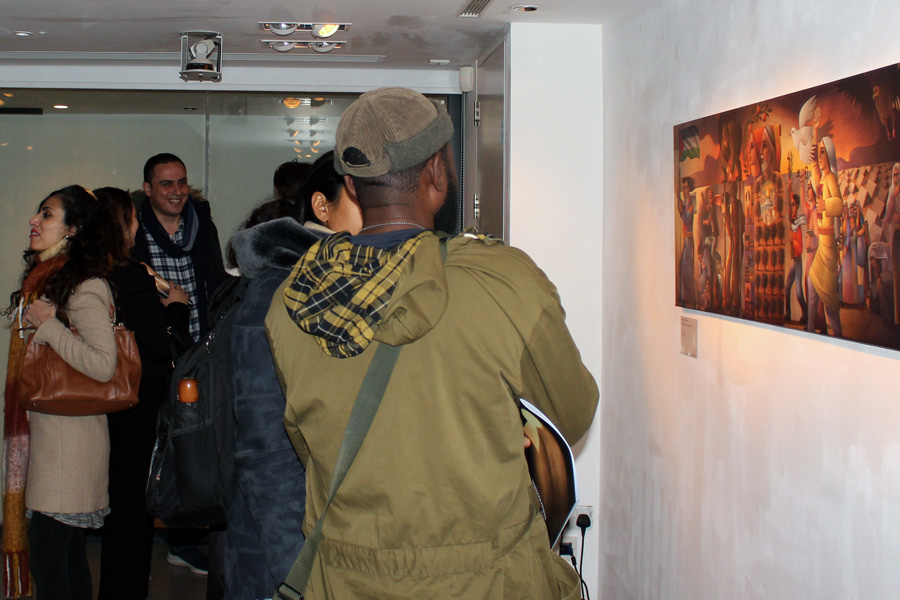 The Palestinian Return Centre in London (PRC) has curated and launched its first ever art exhibition, just a few days before its long-awaited ‘Return Week II” commences on the 6th December. The exhibition is held in P21 Gallery in London from December 2 to December 12.

Also figuring on the list of contributors is Protest Stencil Project, which is a collaborative political graphic art initiative that since 2016 has supported grassroots activists with visual materials to amplify their campaign messages and demands. Protest Stencil posters have repeatedly brought the words and demands of Palestinians onto London’s streets. While Palestinian voices may often be silenced in the media, they have repeatedly been amplified through this form of direct action repurposing advertising space for both political messages and celebrations of Palestinian culture.

Koutteineh welcomed the guest-filled gallery to the launch of the exhibition and expressed how enthralled she was to curate and present PRC’s first ever art exhibition entitled ‘Visualising Return’. An exhibition that vividly explores what the concept of returning to Palestine translates into, through different mediums including painting, caricature, sculpture, literature, video, sound and cross-generational memory exploration. Koutteineh highlighted how date of this exhibition falls on the 73rd anniversary of UN Resolution 194, a resolution that outlines the legal grounds and calls for the immediate return of all Palestinian refugees. PRC had intentionally chosen to emphasise the necessity of granting Palestinian refugees this long overdue human right, as it isn’t only 73 years since the creation of UN resolution 194, but it has been 73 years of continuous exile, dispossession & displacement.

In his welcome speech for the artistic event, PRC’s Director-General Tarek Hammoud said this year’s ‘Return Week’ comes as the Palestinians and their supporters throughout the world are marking the International Day in Solidarity with the Palestinian People, which was first called for by the United Nations General Assembly in 1977 as a reminder to the international community of the Palestinian struggle for self-determination, nationhood and the right of return.

“I am pleased to speak to you as part of this special artistic event to inaugurate Return Week II. This artistic exhibition embodies PRC’s belief that art serves as a weapon of resistance and that artistic expression is a translation of the heavy toll colonization has had on the Palestinian people for over five decades”, said Hammoud.

PRC’s Director-General raised alarm bells over the situation of Palestinians living in the Gaza Strip and West Bank, including East Jerusalem, who continue to live under a 53-year long Israeli military occupation and its violent settler-colonial practices that include home demolitions, house evictions, residency revocations, settlement expansion, child arrests, arbitrary detentions, torture and denial of freedom of movement, amongst other issues.

In Hammoud’s terms, this year’s Return Week is also a stark reminder that Palestinian refugees in exile across the Arab region and the world continue to grapple with dire conditions in poorly-equipped refugee camps and substandard migrant facilities, where they have been facing discrimination. In particular, Palestinian refugees from Syria have been caught up in the violence of the war-torn country, as the conflict enters its 11th year. Their status and ability to return to their homes remains uncertain.

“The worldwide support to the Palestinian people, solidarity campaigns, and legal battles waged against Israel’s war crimes and human rights violations have served to further isolate the occupying entity, which continues to strive for entrenching its self-proclaimed legitimacy”, Hammoud proceeded.  “Today, Israel and its lobbies continue to wage ferocious campaigns under the guise of anti-Semitism, extremism, and terrorism. The recent blacklisting of six Palestinian human rights groups involved in humanitarian work as terror organizations is a striking example of Israel’s scramble to quell human rights voices. The decision harms countless refugees who depend on these organizations for lifesaving support”.

Hammoud stressed that Palestinian refugees remain committed to fighting for their right of return to their homeland from which they have been forced out since 1948.

PRC encouraged UN bodies, world governments, NGOs and CSOs to speak up for the Palestinian cause, particularly the refugees’ plight, and to increase their support for UNRWA until the occupation of Palestine is ended, refugees return to their homes, and an independent Palestinian State with Jerusalem as its capital is established on the 1967 borders, as per international law and relevant UN resolutions.

A special seminar related to artistic visualizations of and feedbacks on the ‘Return Week’ will also be held in P21 Gallery on December 9. Speakers include Naz Shah, who has served as Labour MP for Bradford West since 2015; Richard Boyd, an Irish People Before Profit/Solidarity TD, who has been a Teachta Dála (TD) for the Dún Laoghaire constituency since the 2011 general election; and Mona Shtaya, a Palestinian digital rights defender working as an Advocacy Advisor at 7amleh—The Arab Center for the Advancement of Social Media. 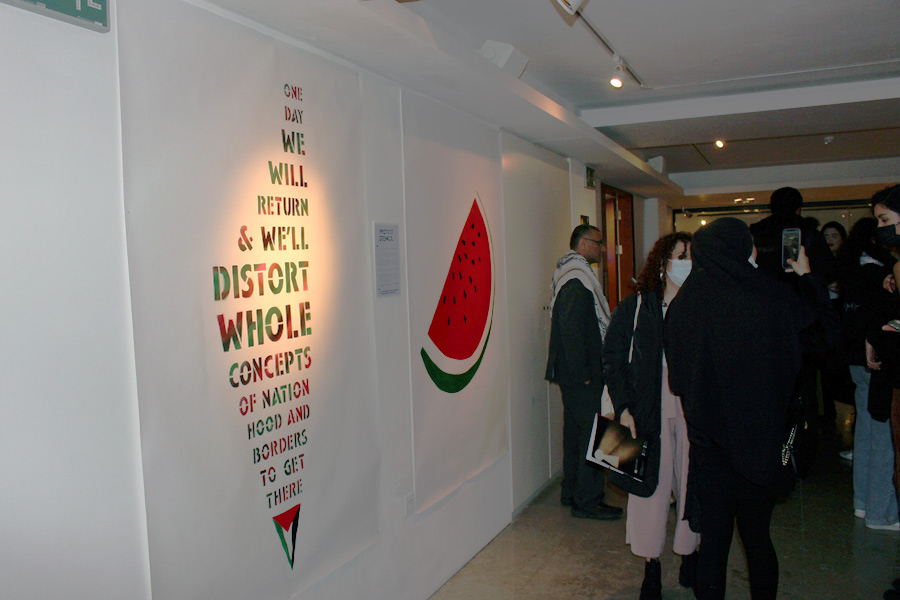 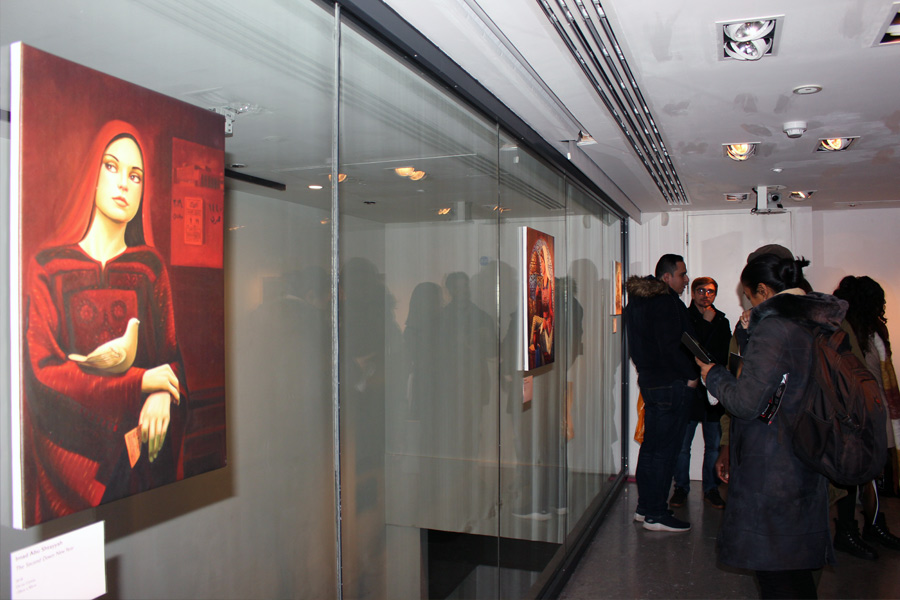 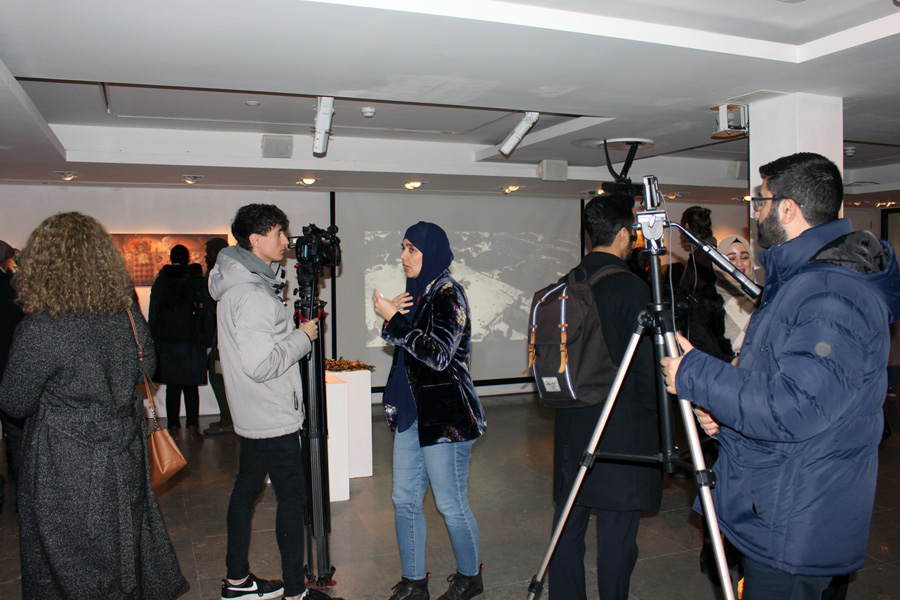 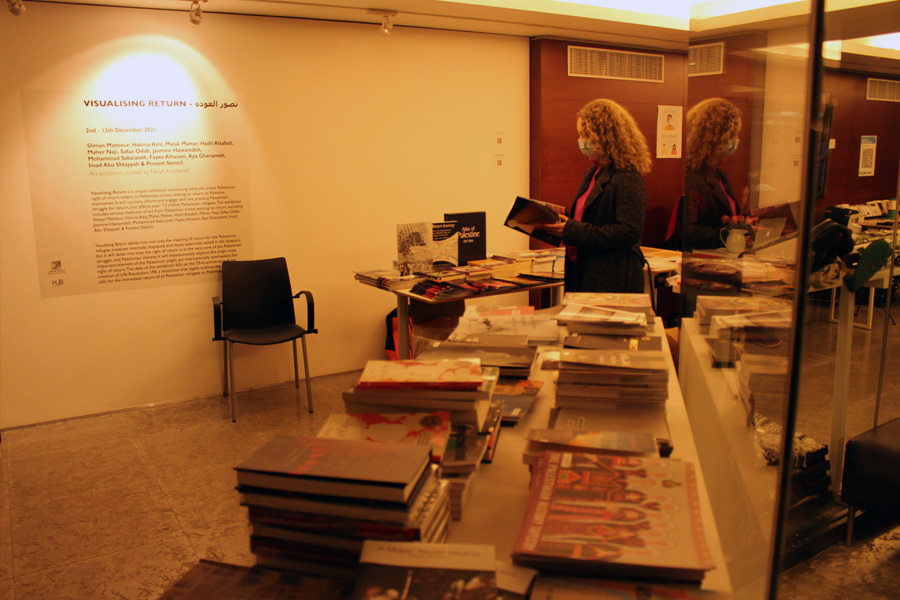